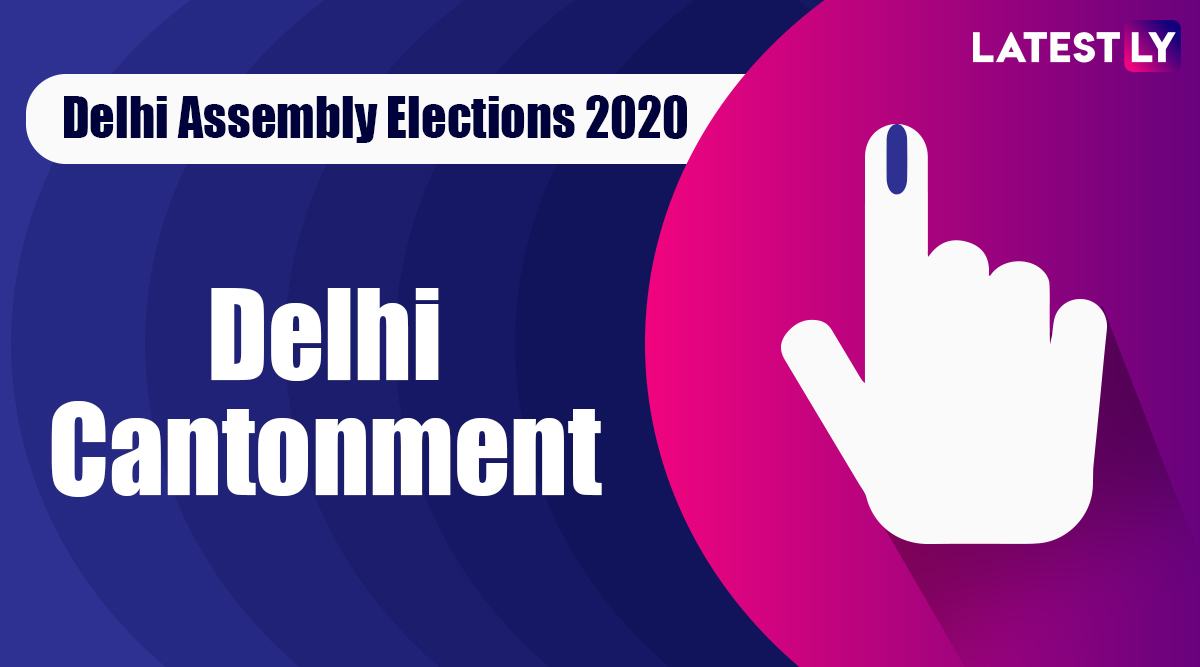 Delhi Cantt, with a total electorate size of 77,222 eligible voters, faced a three-sided contest between the Aam Aadmi Party (AAP), the Bharatiya Janata Party (BJP) and the Congress. The constituency in 2015 was won by the AAP, with former Commando Surendra Singh being elected as the MLA. Here Are Answers to Most FAQs on Delhi Assembly Elections 2020.

In this elections, however, the AAP had replaced Singh's candidature with Virender Singh Kadian. The BJP allotted the ticket to Manish Singh, whereas, the Congress candidate from the seat is Sandeep Tanwar.

Pre-poll surveys in Delhi had predicted a return for the Arvind Kejriwal-led government. At least two major opinion polls had predicted a decisive AAP victory, projecting 54-60 seats for the party.