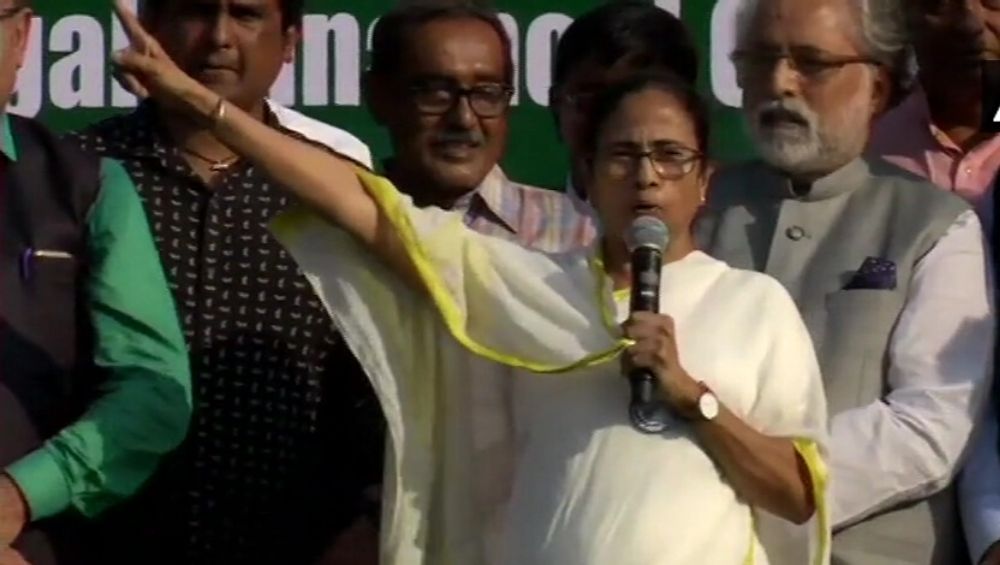 Kolkata, December 21: West Bengal Chief Minister Mamata Banerjee's slogan over the Citizenship Amendment Act (CAA) has gone viral on social media. In the video, Banerjee is seen shouting and raising a slogan which she terms CaaCaaChiChi, which means CAA is Chi (not good). The video has been widely trolled on Twitter and netizens are of the opinion that the #CaaCaaChiChi slogan shoud be made the CAA protest slogan.

Banerjee on Friday said that a meeting against National Register of Citizens (NRC) and Citizenship Amendment Act (CAA) will be held on December 23 in all the sub-division headquarters of the state. In her address, the Chief Minister asserted that Bharatiya Janata Party (BJP) is planning to malign her image by creating fake videos and spreading false information.

Take a Look at the Video and Twitter Reactions:

Going by my feed, Didi seems to have successfully CAACAAchhichhizoned BJP.#CAACAAChhiChhi

#CaaCaaChhichhi should be made the official slogan of CAA protests😂 https://t.co/2ch9bFlFmk

She is speaking the language of BanCaa#CaaCaaChhiChhi 😭😂

Slogan so Simple and Rhythmic!

The West Bengal Chief Minister has been vehemently opposing the amended Citizenship Act and NRC. Banerjee has said that she will not allow the legislation to be implemented in West Bengal. The country has been witnessing widespread protests over the Citizenship (Amendment) Act, 2019, which grants citizenship to Hindus, Sikhs, Jains, Parsis, Buddhists and Christians fleeing religious persecution from Pakistan, Afghanistan and Bangladesh who entered India on or before December 31, 2014.