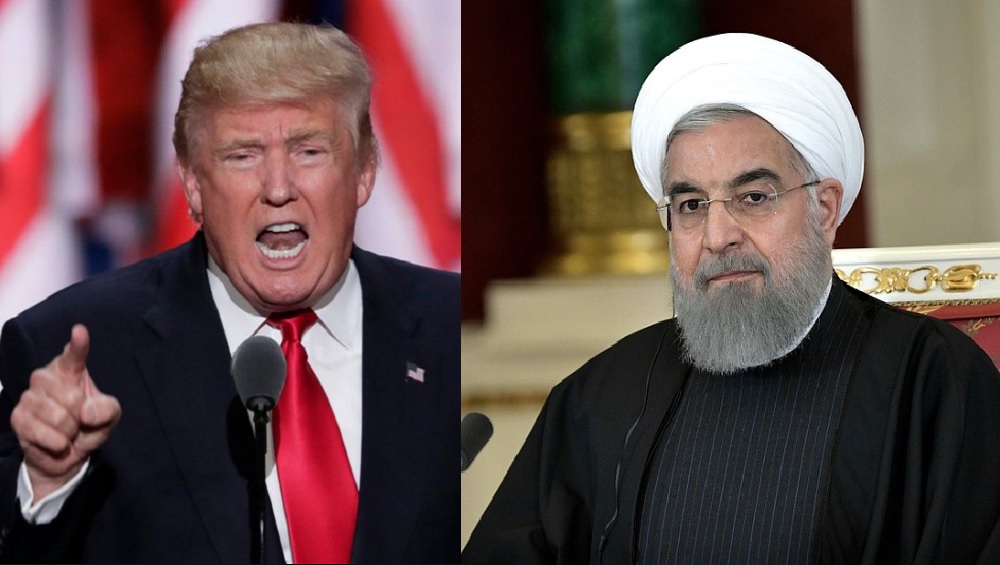 Twitter trends can often take the most unexpected turns. World War III is trending and the reason might shock you. While we may have thought that the new year 2020 would start on a peaceful note, fears of World War III is already looming large. This comes after the killing of the Iranian leader’s second in command in a US airstrike. United States President Donald Trump ordered the killing of Iranian general Qassem Soleimani who died in Baghdad "in a decisive defensive action to protect US personnel abroad," the Pentagon said. Once the news broke out, World War 3 became the top trend on social media site- Twitter. And surprisingly, funny jokes and memes related to World War 3 took over the internet. World War 3 Fears Erupt as Iran Vows 'Harsh Retaliation' to US Airstrikes That Killed Qassem Soleimani.

The attack was in retaliation to a New Year's Eve attack by Iran-backed militias on the US Embassy in Baghdad. The Pentagon stated that "General Suleimani was actively developing plans to attack American diplomats and service members in Iran and throughout the region. General Suleimani and his Quds Force were responsible for the deaths of hundreds of American and coalition service members and the wounding of thousands more."

"This strike was aimed at deterring future Iranian attack plans. The United States will continue to take all necessary action to protect our people and our interests wherever they are around the world," it added. Iran Guards Commander Qassem Soleimani Was Killed on US President Donald Trump's Order, Says Pentagon.

After the news of Soleimani's death broke, Iran's supreme leader Ali Khamenei warned of possible retaliation. And how the internet reacted to this news? Well, witty World War 3 related memes and jokes started trending on social media, especially on Twitter. Searches for 'Iran' and 'World War 3' also spiked on Google trends within hours of the airstrike in Iran.

My dad telling me to be brave and make the family proud after getting deployed for World War 3 pic.twitter.com/6U7W53jBqy

be my year is trending on

Me in my bunker making tik toks while everybody else on the battlefield in WWIII #worldwar3 pic.twitter.com/AUmCv011Od

my mom taking my pic before i get deployed for world war 3 pic.twitter.com/BtoMuvuxhn

The army barber giving me a fresh fade for World War 3 before I'm off to the front line #WWIII pic.twitter.com/vWIZxmjQgF

African countries when America tries to get them involved in World War III pic.twitter.com/rAAzB4cIHe

Trying Hard To Not Laugh?

When its finally my turn to drive the tank in the #worldwar3#WWIII pic.twitter.com/cXVwRpBqaI

When you hear your name in the world war 3 draft #WWIII pic.twitter.com/9vBe3D239c

This Is Hilarious, or Is It?

World war 3 is trending but we all know world war 3 began after this moment here....@TheBiancaDelRio pic.twitter.com/lBegaQBqBz

However, Some Twitteratis Also Took it Serious

i hate to go serious like this but i gotta ask this question: is world war 3 actually going to happen like I keep seeing or is this just people overreacting and assuming things? i really hope it doesn't, but if so, man this is just a really bad start to the year and decade man

World War 3 is trending and no one is serious.

This is 2020 and this shows how our personal life fucked up !

So serious. Don’t think many understand just how serious this could end up being. Have a nephew in the Army Reserves. Fear he will now end up in a needless war recklessly begun by a dangerous narcissist — one Donald J. Trump.

I don’t think the WW3 thing is a joke. I think people are being serious as hell. It is sad however that twitter as a medium gives you a knee jerk comic response to almost situation. It’s the nature of this platform.

Who knows how many innocents will die because of this impulsive move.

And his response is a cropped pixilated image of our flag.

World War I and World War II both took place in the 20th century and caused massive destructions, displacements and deaths. An estimated 22 million people died in WWI while the casualties in WWII is estimated to be 70-85 million. Apart from war, the conflict also leads to war-borne diseases, economic slowdown and severe civilian casualties.