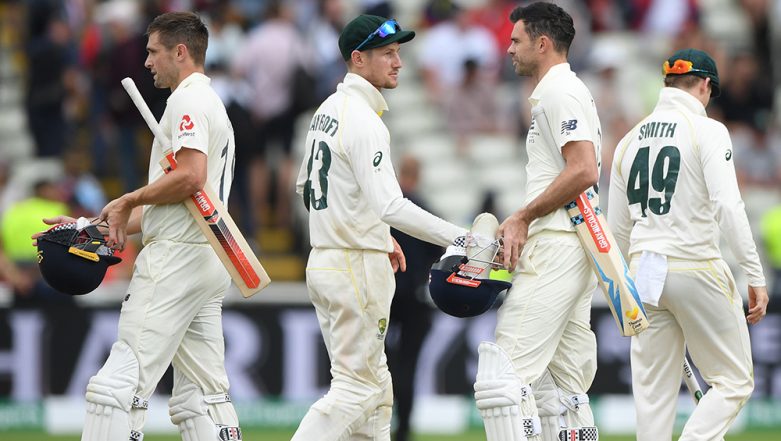 England vs Australia second Test of The Ashes 2019 will be played at Lord’s in London. The match will start on Wednesday, August 14. England will look to level the five-match Test series with a win while the Aussies will try to dominate the hosts with consecutive wins. England lost the first Test after absence of injured James Anderson took a toll on the team. England had to chase a massive target of 398 runs in the second innings, which they could not get. England were bowled out 149 in the second innings, losing the match by 251 runs. If you are looking for best fantasy cricket picks for all-rounders, batsmen, bowlers & wicket-keepers for ENG vs AUS 2nd Test match at Lord’s, you should scroll down for information.  Ashes 2019, 2nd Test Match Preview: England Eye Comeback at the ‘Mecca of Cricket’ Against Australia.

The English team will be strengthened with the support of Jofra Archer in the team, who is set to make his Test debut with the match. The World Cup 2019 hero will replace injured James Anderson and looks to pose a big challenge to the Australian team. On the other hand, the Aussie side has Nathan Lyon, who bagged six wickets in the 2nd innings of the first Test. The in-form Steve Smith is an added advantage to the team. England are World Cup champions after bagging World Cup 2019 trophy and a loss at Ashes 2019 will be a great blow to the Joe Root led team. Here’s are the ideas for dream11 fantasy team for the match. Ashes 2019 Second Test Pitch Report: Justin Langer Expects Flat and Dry Wicket at Lord's.

ENG vs AUS – Dream11 Team Prediction – Wicket-keepers:  Between 1-4 wicket-keepers can be taken in a dream11 fantasy team. Tim Paine is in good form so he can be included in dream11 team.  England’s wicket-keeper Jonny Bairstow was dismissed for single-digit scores in both the innings of the first Test so he is not in a good form right now. England vs Australia Cricket Score 2nd Test Match.

ENG vs AUS – Dream11 Team Prediction: Bowlers: Nathan Lyon, Stuart Broad, Pat Cummins and Mitchell Starc are among the best set of bowlers to choose from. Jofra Archer is making a debut and he is also expected to perform his best in the match.

The first Test turned out to be a big blow to England but the ouster of James Anderson mid-way the match was a big reason for the loss of England team. Jofra Archer will be the man to look out for in the match and his performance will make a great effect on the England team.