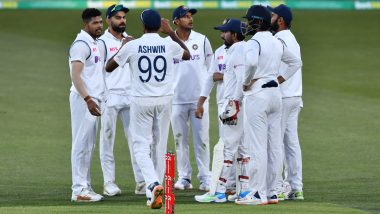 London, January 28: India will play two warm-up matches against India A in July ahead of their Test series in England. The five-Test series starts on August 4 at Trent Bridge.

"We expect demand for tickets to be huge. Sales information will be released shortly, and we encourage fans to look out on social media and on the Leicestershire CCC website for further details."

Tickets for both matches will be go on sale in March. While Northamptonshire is yet to reveal the exact dates for the start of the sale of tickets, Leicestershire said that tickets for the second match go on sale from March 15.

The first Test between India and England will be played from August 4 at Trent Bridge, Nottingham after which the two teams move to London for the second Test at Lord's on August 12. The third Test will start on August 25 at Headingley, Leeds after which the tour returns to London for the fourth Test at The Oval from September 2. The final Test will be played at Old Trafford, Manchester from September 10.

(The above story first appeared on LatestLY on Jan 28, 2021 05:30 PM IST. For more news and updates on politics, world, sports, entertainment and lifestyle, log on to our website latestly.com).

Comments
Tags:
County Ground England India India A vs India India vs India A Trent Bridge
Comments
You might also like