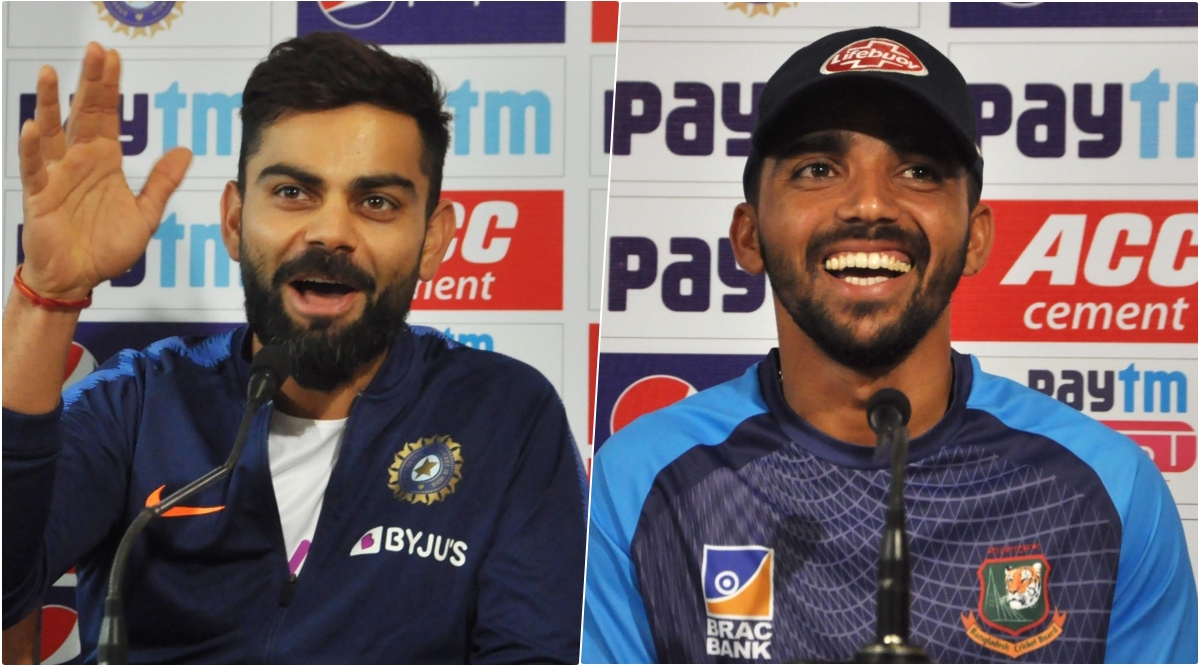 Ahead of the historic day-night Test between India and Bangladesh in Kolkata, there is a lot of buzz in the cricketing circles revolving around the contest. The Indian Test team is one of the best at the moment with consistent performance at home and abroad. Thanks to their improved bowling line-up, the side regularly takes 20 opposition wickets which have brought about a significant change in theieshr victory percentage. Bangladesh, for all their heroics in the shorter formats of the game, are a side still learning the trade when it comes to Test matches. After a meek surrender in Indore, they will have to come up with something special if they are to survive in Kolkata. Speaking of India vs Bangladesh head-to-head record, the two teams have played 10 games so far with India winning 8 and 2 games resulting in a draw. A look back at their last five test matches. India Vs Bangladesh, Cricket Score 2nd Test Match.

Mohammed Shami led the way for India as they bundled out Bangladesh for a paltry score of 150 in the first innings which was followed by a massive 493 by the hosts. Mayank Agarwal top scored for India with 243. The visitors were then all out for 213 in the second innings to lose the contest by an innings and 130 runs.

Virat Kohli, Wriddhiman Saha and Murli Vijay scored centuries for India as they piled on a massive 687 on board. Bangladesh in their two innings had scores of 388 and 250 which were decent but not good enough to prevent a defeat.

Bangladesh did well to draw against India after the visitors enforced follow on in a game marred by rain. Shikhar Dhawan for his brilliant 173 was adjudged the man of the match, but the draw must have hurt the Indians as they never got a chance to bowl out

Bangladesh in their second innings.

Ishant Sharma and Zaheer Khan picked up 7 wickets between them as they bundled out Bangladesh for 233 in their first innings. In reply, India made a massive 544 runs with Sachin Tendulkar top-scoring with 143. Tamim Iqbal’s effort of 151 meant Bangladesh avoided an innings defeat but could not prevent the writing on the wall.

Both India and Bangladesh were bowled out for below 250 in their first innings, but a quick fore 116 by Gautam Gambhir helped set Bangladesh a target of 415 for the win. The hosts showed grit and tremendous fighting spirit but eventually lost by 113 runs.

India and Bangladesh are class apart in test cricket, and Virat Kohli should have little difficulty in wrapping up the series in Kolkata.