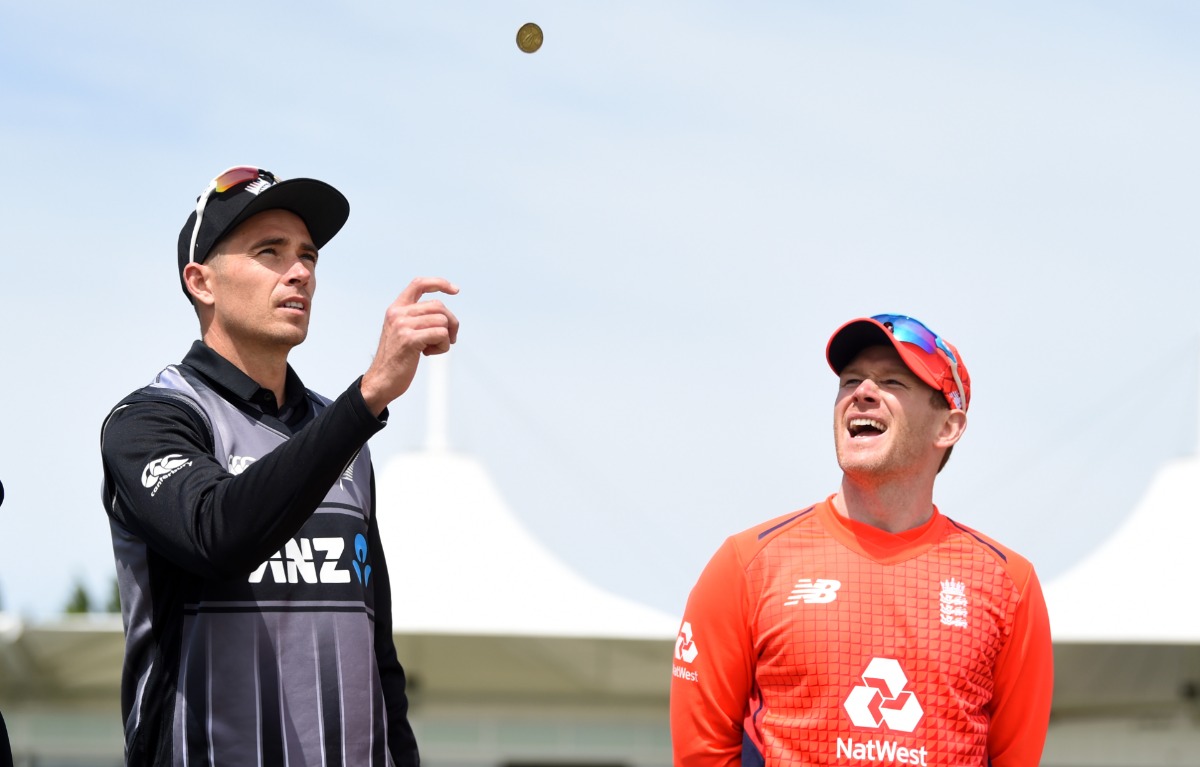 New Zealand and England will face each other in the 3rd game of a five-match T20I series. New Zealand vs England five-match Twenty20 Internationals series is currently tied 1-1 with three more games left to play. England comfortably won the first match at Christchurch by seven-wickets, before New Zealand bounced back in the series with a 21-run victory at Wellington. Fans of both countries can watch the live-action of NZ vs ENG 3rd T20I encounter on Sky Sports, while in India the game can be live-streamed on Hotstar. Meanwhile, those searching for complete live telecast, online free live streaming live scores and ball-by-ball commentary details for the NZ vs ENG 3rd T20I encounter can scroll down for all information. New Zealand Vs England, Cricket Score 3rd T20I Match.

James Vince was the star – a hero in the first game, a villain in the second – for England in the opening two T20Is of the five-match Twenty20 series. Vince’s maiden T20I fifty guided the visitors to a comfortable seven-wicket win in the first game. His innings 59 from 38 deliveries, which comprised of seven boundaries and two maximums and included a 54-run fourth-wicket stand with captain Eoin Morgan (34*), was instrumental in England taking a 1-0 lead in the five-match T20I series just as instrumental was the bowling performance from England, who restricted a power-packed New Zealand side to 153/5 in 20 overs. England vs New Zealand Dream11 Team Prediction: Tips to Pick Best Playing XI With All-Rounders, Batsmen, Bowlers & Wicket-Keepers.

Those performances, however, suddenly deserted them in Wellington where – although Sam Curran (2/22) and Chris Jordan (3/23) performed well – England were hit all over the park as the hosts piled 176 runs with debutant Saqib Mahmood smashed for 46 in his first appearance for England. They dropped four catches with Vince being the guilty one thrice. He later made 1 run from four deliveries as England Capitulated for just 155 chasing 177 runs target. New Zealand vs England Live Scorecard.

Indian Fans not able to watch the live-action of New Zealand vs England 3rd T20I clash on television can enjoy the game live online. Hotstar, which is the official online streaming media of Star Network, will be live streaming NZ vs ENG 3rd Twenty20 match online. Meanwhile, fans can also follow LatestLY for the live score updates and ball-by-ball commentary of NZ vs ENG 3rd T20I match.

The five-match T20I series is currently squared at 1-1 with both New Zealand and England winning one each. Both teams have the opportunity of taking the lead in the series. The fourth and fifth match of the series will be played on November 8 and 10, according to Indian time. Both teams will face each other in a two-match Test series following the conclusion of the Twenty20 series.