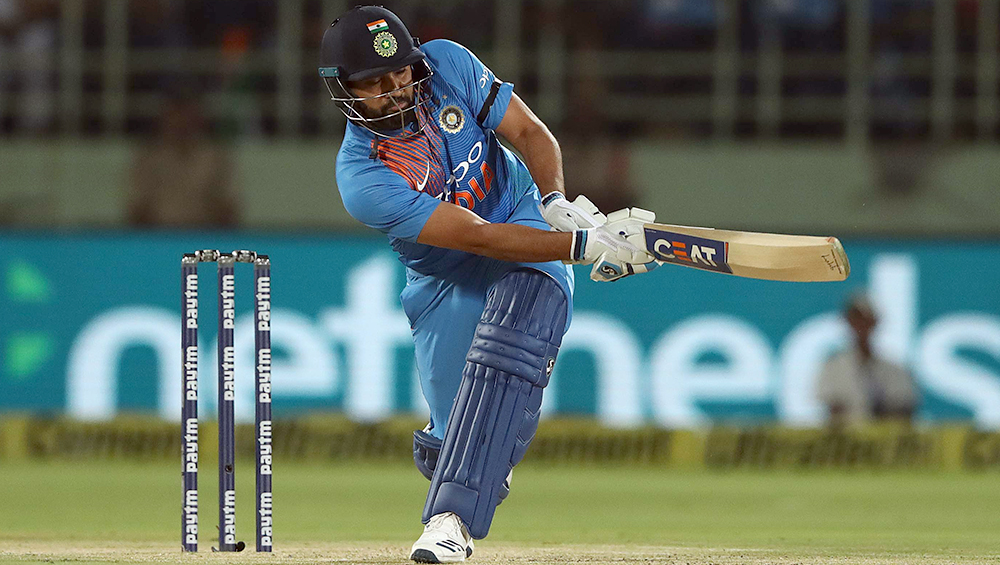 Rohit Sharma surpassed Indian captain Virat Kohli once again as the leading run-scorer in T20 Internationals. In the second T20I, Kohli had overtaken Rohit and was leading him by just one run at the start of the final T20I at the Wankhede Stadium in Mumbai. It did not take Rohit too long to overtake Kohli as he smashed a boundary in the first over of Indian innings. At the time of filing this story, Rohit was batting on 34. Rohit Sharma Becomes First Indian Batsman to Complete 400 Sixes in International Cricket, Reaches Milestone During India vs West Indies 3rd T20I 2019.

Interestingly, Rohit has featured in 96 innings while Kohli has played just 69 innings. Kohli averages impressive 51.26 while Rohit averages in the thirties. Both Rohit and Kohli are on par when it comes to strike-rate. However, Rohit has slammed four T20I centuries while Kohli has none to his credit. When it comes to half-centuries, the Indian captain has notched 23 while Rohit has 18 against his name. With plenty of T20I cricket coming India’s way, no prizes for guessing that these two will continue to overtake each other on the most runs in T20Is list. India Vs West Indies, Live Cricket Score 3rd T20I Match.

Meanwhile, the three-match T20I series between India and West Indies is currently leveled at one each. India won the first match by chasing down record 208 while Windies bounced back to win the second T20I by eight wickets.