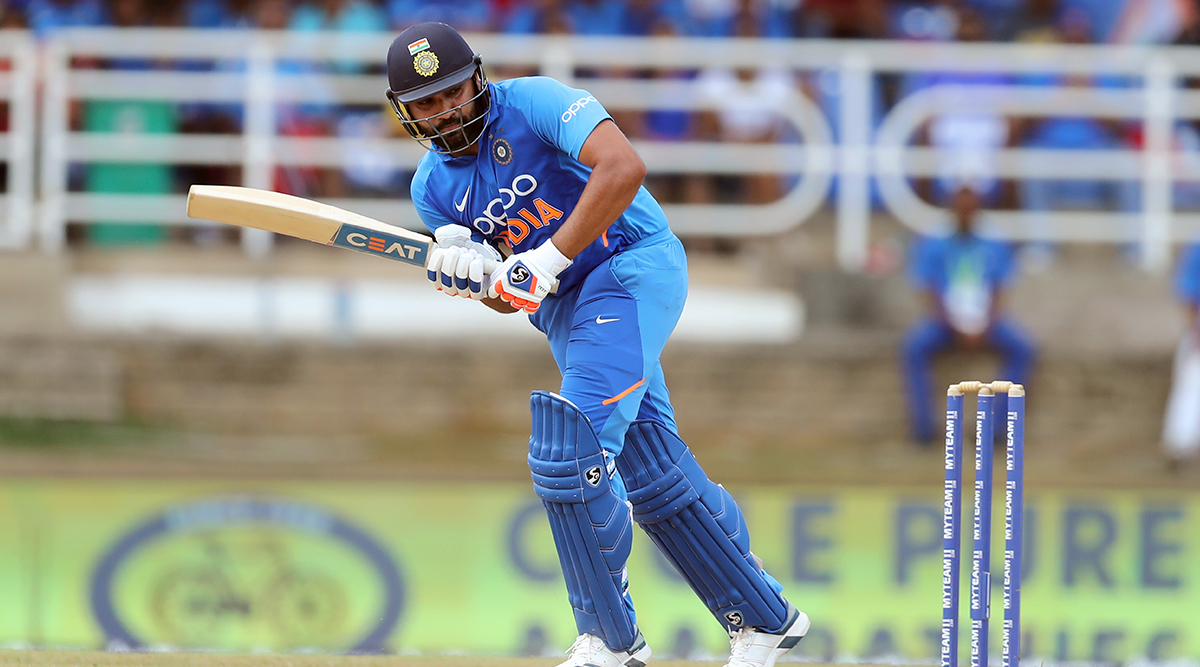 Rohit Sharma achieved yet another milestone in India vs West Indies 3rd T20I in Mumbai. The right-handed batsman smashed his first six of the match became the first Indian and third batsman overall to plunder 400 sixes in International cricket. The other two being Chris Gayle and Shahid Afridi. India batted first in the match and the star opener came out to limelight at the start of the clash itself. He scored a maximum off - in the - over of the IND vs WI 3rd T20I match and went to the prestigious landmark. Rohit is still going strong in the deciding clash and could well add some more sixes to his tally by the clash concludes. India Vs West Indies, Live Cricket Score 3rd T20I Match.

The opener got the nickname ‘Hitman’ due to his tremendous ability to smash the ball and the veteran has certainly justified the title. So far, the opener has registered 52, 232 and 116 sixes in Tests, ODIs and T20Is respectively and is still going strong in the ongoing match and well can better his tally by the clash concludes.  Over the years, the right-handed batsman has emerged as a ferocious striker of the ball and is topping the six-hitting chart for the last three years in International cricket. Rohit Sharma Overtakes Virat Kohli as Leading Run-Scorer in T20Is During India vs West Indies 3rd T20I in Mumbai.

Talking about batsmen most sixes in Internationals, ‘Universe Boss’ Chris Gayle is at the pinnacle of the list with 534 sixes while former Pakistani all-rounder Shahid Afridi cleared the ropes 476 times. With Rohit being just 32 and with the way he has been hitting sixes, the Indian batsman can certainly top the list by the end of his career.

Earlier in the match, West Indies won the toss and elected to field first. The Mumbai track is known to be batting friendly and thus India need to put up a mammoth score in order to give themselves an upper hand.  The three-match series is currently poised at 1-1 which means the winner of the ongoing match will clinch the series too.