Tim Paine Issues Warning to Virat Kohli and Co Ahead of India's Tour of Australia 2020-21, Says ‘This Time We’ll Be a Different Kettle of Fish’ 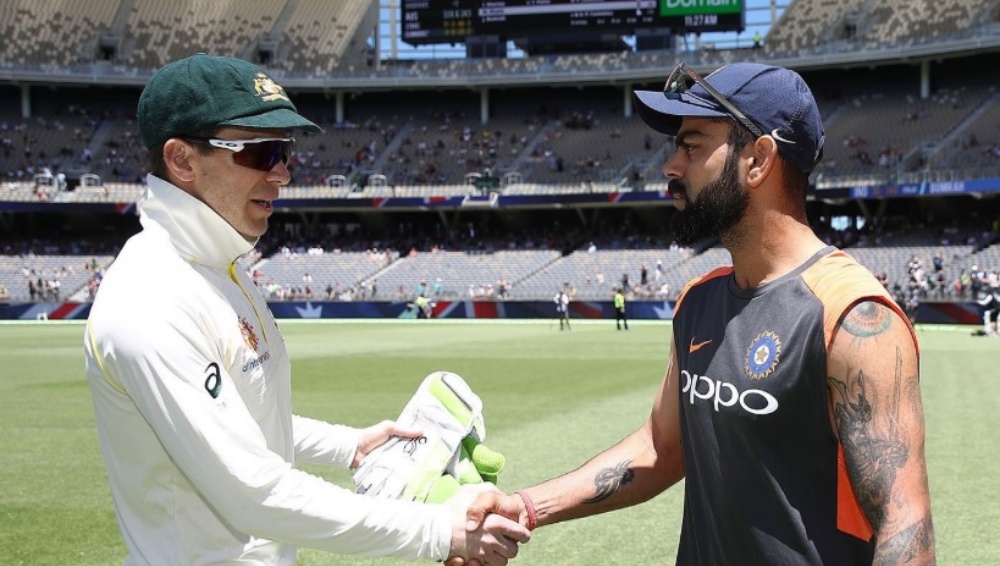 Keeping India’s recent tour of New Zealand aside, Virat Kohli and Co enjoyed a sensational run in the longest format of cricket and proved their mettle all over the world. During the 2018-19 Border Gavaskar Trophy, India also thrashed Australia 2-1 in the four-match Test series and scripted history. However, Aussie captain Tim Paine believes that the Indian side will not be able to replicate their heroics during their 2020-21 Tour down under.  Steve Smith Not Lone Option in Australia Team for Test Captaincy, Says Tim Paine.

During India’s last tour to the continent, Steve Smith and David Warner were serving a one-year for getting involved in the infamous ball-tampering scandal. In their absence, the Aussie’s top-order looked completely fragile as the pace trio of Mohammed Shami, Jasprit Bumrah and Ishant Sharma tormented the home side with their thunderbolts. However, the duo has returned in the team and performed better than ever. Also, the rise of Marnus Labuschagne has proved to be an absolute bonus for the side. So, the Aussie Test team has again become a force to reckon with and that’s exactly what Paine thinks.  Australia Tour of Bangladesh 2020 ‘Unlikely’ to Go Ahead, Says Tim Paine.

"No doubt that we're a better team than we were last time. You put in 14- or 15-thousand Test runs with Steve Smith and David Warner, and Marnus Labuschange has come on in leaps and bounds and is now in the top three or four batsmen in the world himself. You put that amount of runs in a cricket side that last time we didn't have (is helpful),” Paine was quoted as per saying by Cricket.com.au.

The 35-year old also believes that the other batsmen of the side have also become better and thus, Virat Kohli and Co’s challenge will be increased even further. "We've got three of the best batsmen in the world in our top six, we've got Matthew Wade firing and he adds some real toughness, Travis (Head) has improved a lot since he played here last time," he added.

Well, Australia and India are arguably two of the strongest Test sides going around and both are expected to leave no stones unturned to clinch the series. However, all the sporting events around the world came to a halt and it will be interesting to see whether the high-voltage series will go as per schedule or not.