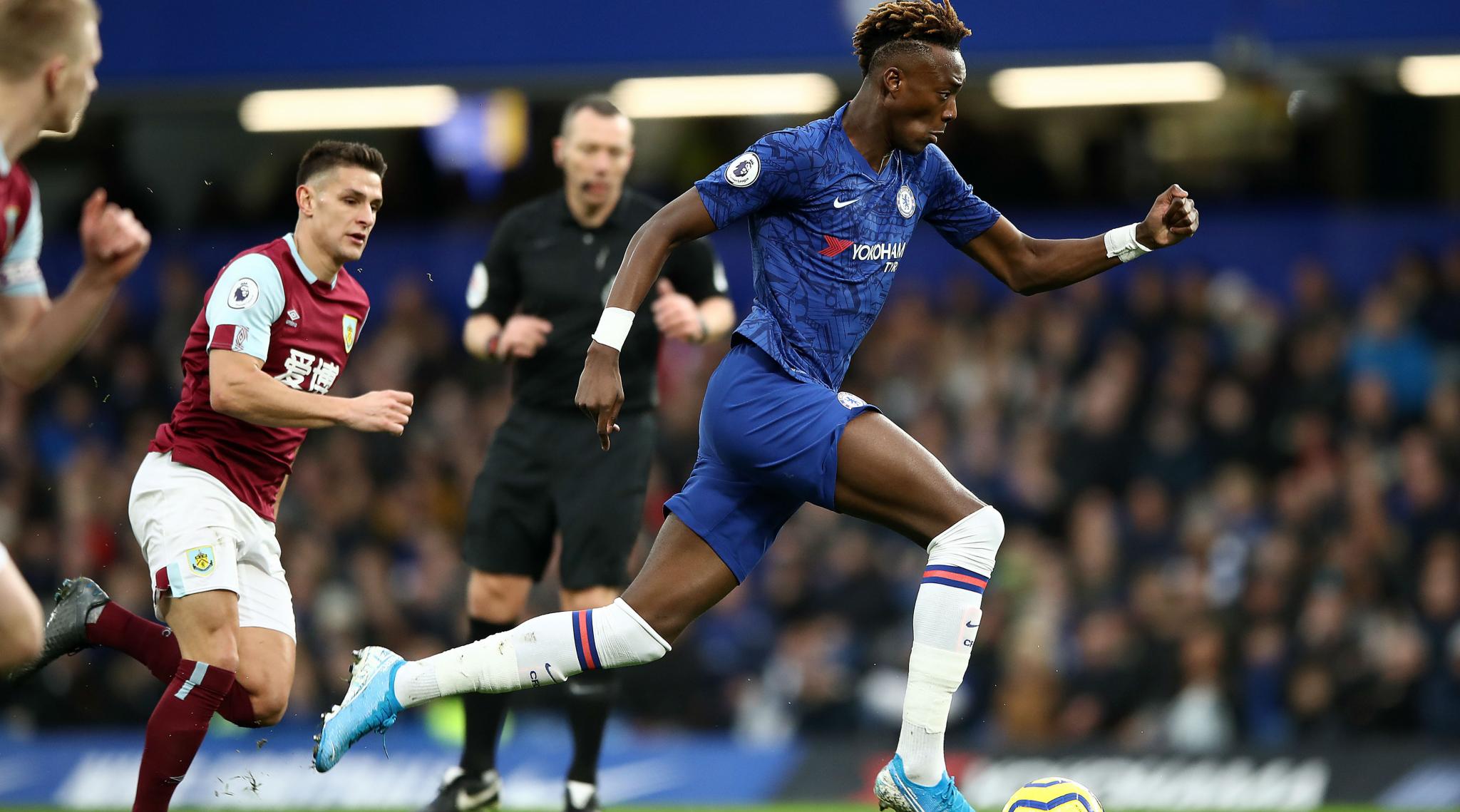 London, January 12: Frank Lampard challenged Callum Hudson-Odoi to prove his sophomore slump is behind him after the Chelsea winger scored his first Premier League goal in Saturday's 3-0 win against Burnley. Jorginho's penalty opened the scoring in the first half before Tammy Abraham's 15th goal of his breakthrough season doubled the lead.

But it was Hudson-Odoi who warmed fans at a chilly Stamford Bridge as he produced an influential display and finally ended a long wait for his maiden top-flight goal. The 19-year-old has admitted struggling to recapture last season's impressive form due to fears he will suffer a recurrence of April's Achilles injury. Chelsea vs Burnley, Premier League 2019-20 Match Summary.

He had been reduced to a bit-part role and was criticised by Chelsea fans on social media before scoring a morale-boosting goal in last weekend's FA Cup win against Nottingham Forest. Lampard responded by keeping Hudson-Odoi in the team to face Burnley and was rewarded with the teenager's best display of the season.

Hudson-Odoi has now been directly involved in 12 goals in his 14 home starts in all competitions, scoring six and setting up six. Having signed a new five-year contract and snubbed interest from Bayern Munich, much is expected of Hudson-Odoi and Lampard hopes he is back on track at last.

"For Callum to score in the six-yard box is more exciting than him scoring from 30 yards without a doubt," Lampard said. "He means he is willing to get in there. It wasn't the only time he did that. His overall performance was a statement of what he has to do. "That was the real Callum. If he carries on like that we will have a real player."

After losing five of their past nine league games, a spell that included wins at Tottenham and Arsenal, Chelsea consolidated fourth place and sit five points ahead of fifth placed Manchester United in the race to qualify for the Champions League.

"Just what we needed in terms of performance. We should have scored more but I can't complain because today we scored in the first half. We've got nervous before when we've had a measure of possession but not scored," Lampard said. "We were so positive from minute one. It's a big win and one we must pick up on and replicate. It's a nice example of the standard we have set. "It feels nice to smile in a game and enjoy what you are watching. That is what excites the fans."

Burnley have lost seven of their last nine league games and boss Sean Dyche admitted they had been out-classed. "We've got no complaints about the result. When you are losing games that confidence falters a little bit," he said. "I know Chelsea have been a bit up and down here but I didn't think that was relevant. They are still a strong side."

Burnley thought they had snatched the lead against the run of play when Ben Mee headed towards Jeff Hendrick and he nodded home at the far post.

But the flag went up and a VAR review showed Mee had strayed offside by the narrowest of margins. It was the turning point as Chelsea took the lead in the 27th minute.

Reece James spread the ball wide to Willian and he accelerated past Matt Lowton with real purpose, provoking the Burnley defender into a rash sliding tackle that sent the Brazilian crashing to the turf.

Referee Kevin Friend pointed to the spot and Italy midfielder Jorginho stepped up to send Nick Pope the wrong way for his sixth club goal of the season. In the 39th minute, James exchanged passes with Hudson-Odoi and whipped over a teasing cross that Abraham, climbing aggressively above two defenders, met with a towering header that evaded Pope's curiously weak attempted save. Hudson-Odoi put the result beyond doubt in the 49th minute when he slid in to finish off Cesar Azpilicueta's cross.