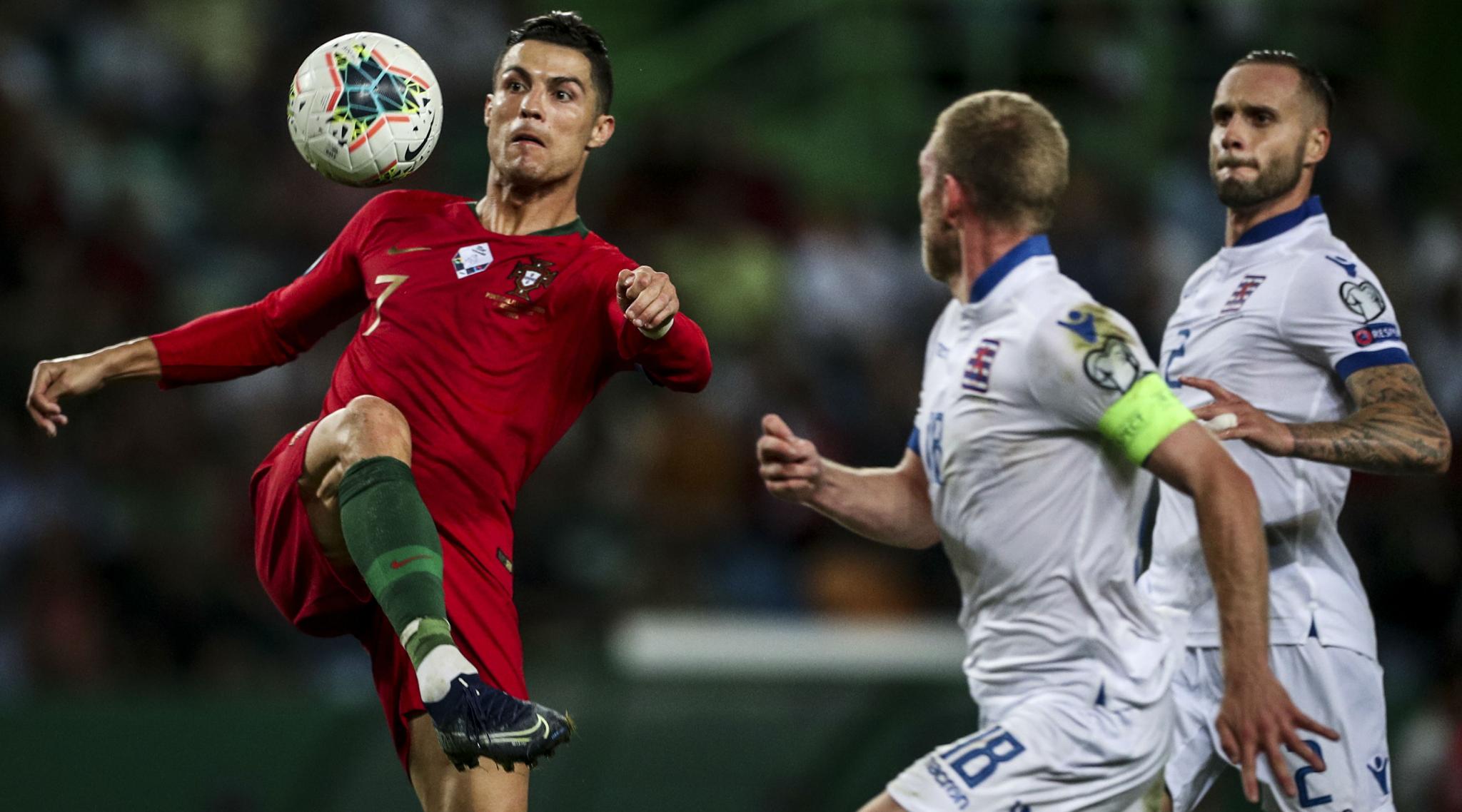 Lisbon, October 12: Cristiano Ronaldo moved to within six goals of his international century when he scored in a 3-0 win over Luxembourg on Friday which kept the defending champions on course for the Euro 2020 finals. Euro 2020 Qualifiers: Timid England Handed Reality Check By Czech Republic in 1-2 Defeat.

The veteran star hit his 94th goal for the Portuguese and took his overall career tally to 699 when he found the target in the second half after Bernardo Silva had opened the scoring in the first period. The three points kept Portugal in second place in Group B, five points behind Ukraine who defeated Lithuania 2-0. The two meet in Kiev on Monday.

"In the first 25 minutes we were very good, very dynamic and created chances," said Fernando Santos who was marking his fifth anniversary as Portugal coach. "Then we lost depth, Luxembourg became more comfortable but never created opportunities. After the break, we started well and I think we quickly controlled the game, but after the second goal, the players started thinking ahead to Ukraine."

Portugal went ahead at the Estadio Jose Alvalade home of Sporting Lisbon in the 16th minute. Barcelona defender Nelson Semedo's effort was only parried by Luxembourg goalkeeper Anthony Moris and Manchester City midfielder Silva was on hand to sweep in the opener.

It was a second goal in three internationals for Silva who arrived in Portugal under a cloud having been charged with misconduct by the English Football Association over a controversial social media post comparing City teammate Benjamin Mendy with a black cartoon character.

At the other end, it wasn't until the 35th minute that Portugal goalkeeper Rui Patricio was called into action for the first time to deny Vincent Thill, whose brother Olivier was also in the Luxembourg starting line-up. Ronaldo had his first real chance of the second half but his ambitious overhead kick was easily dealt with by Moris.

However, he made no mistake in the 65th minute when he took his international tally to 94 as he stole the ball off Maxime Chanot before lobbing it over Moris. The 34-year-old is now just 15 goals behind the all-time international record of 109 held by former Iran striker Ali Daei. There was time for Portugal to add a third in the dying moments through Goncalo Guedes.