Portugal vs Luxembourg, UEFA EURO Qualifiers 2020 Live Streaming Online & Match Time in IST: How to Get Live Telecast of POR vs LUX on TV & Football Score Updates in India 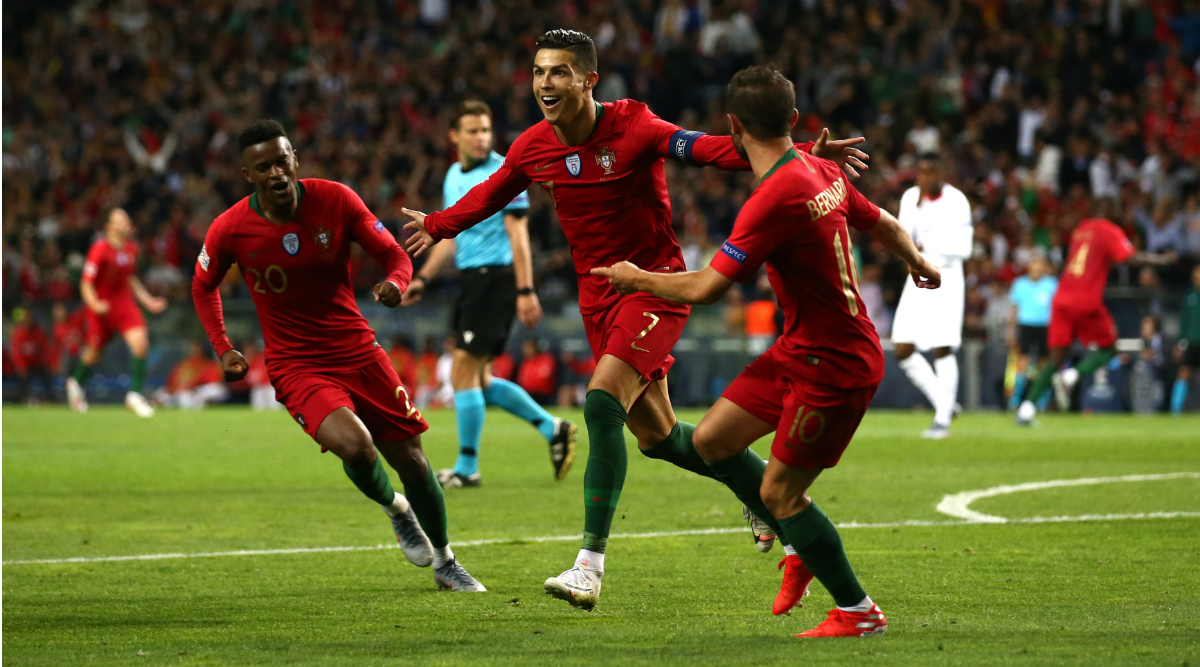 Portugal vs Luxembourg, UEFA EURO Qualifiers 2020 Live Streaming Online: Portugal will be looking for a third straight victory in their UEFA Euro 2020 qualifying campaign when they face Luxembourg at home. The 2016 European champions are currently second in Group B with 8 points from 4 games. Ukraine currently lead the group and have opened up a five-point lead over Cristiano Ronaldo’s men. In the last set of fixtures, Portugal looked at their decisive best with wins over Serbia and Lithuania. Luxembourg have won only once in the qualifiers when they beat Lithuania, and they will have to be at their very best when they play Portugal away. Meanwhile, if you're looking for Portugal vs Luxembourg live streaming and UEFA EURO Qualifiers 2020 live telecast in India and match timings, scroll down for the relevant information. Czech Republic vs England, UEFA EURO Qualifiers 2020 Live Streaming Online & Match Time in IST: How to Get Live Telecast of CZE vs ENG on TV & Football Score Updates in India.

William Carvalho is injured, and the defensive midfielder will not be part of the squad that faces Luxembourg. The front three of Cristiano Ronaldo, Joao Felix and Bernardo Silva make one of the best attacking trios in world football at the moment. In midfield, Bruno Fernandes partners Ruben Neves. Pepe makes a comeback in the team after missing the last two games due to injury though he may not make it to the starting eleven. Jose Fonte and Ruben Dias are the preferred centre-back pairing for the team.

Striker Daniel Da Mota with 97 caps is the most experienced member of the team and will lead the Luxembourg forward line. Behind him is a five-man midfield who primary role is to sit back and absorb the pressure. Leandro Barreiro is the central midfielder with an eye for setting up goals. Olivier Thill and Daniel Sinani will flank Barreiro in the middle with wingbacks Vincent Thill and Gerson Rodrigues plying up and down the flank.

Portugal vs Luxembourg will take place on late Friday night in India i.e. October 12 at 12.15 am IST (Indian Standard Time). The Group B match in UEFA EURO Qualifiers 2020 is scheduled to be held at Estádio José Alvalade in Lisbon, Portugal.

Portugal have defeated Luxembourg in 13 out of the 15 previous encounters and with the kind of attack they possess, Luxembourg have a long day at work ahead of themselves.