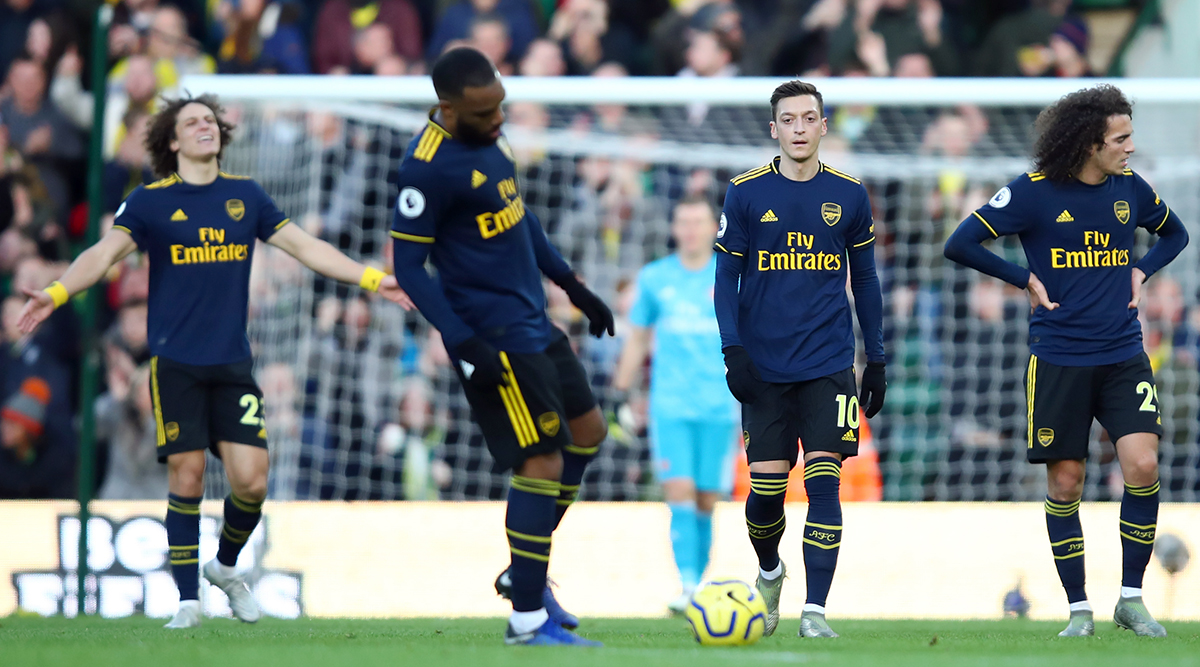 A change in captain didn’t help nor did the change of coach and Arsenal, winless in their last nine games, find themselves 11th in the English Premier League points table before they travel to West Ham for the league clash on December 10, 2019 (Tuesday). In the league, Arsenal are winless in their last seven games and haven’t won since David Luiz headed them to a victory against Bournemouth in October. Fans searching for the live telecast, online live streaming and score details for WHU vs ARS Premier League game can find all relevant details on this page. West Ham beat Manchester United and Chelsea for their last two EPL wins but have lost five times in seven games in between those two victories. They were also beaten 0-2 by Wolves in their previous league match. Meanwhile, for complete live telecast, online live streaming and score updates for West Ham vs Arsenal encounter, please scroll down. West Ham United Vs Arsenal - Live Football Score.

Freddie Ljungberg, who was promoted as a head coach following Unai Emery’s sacking, has only managed a draw and 1-2 defeat to Brighton at home in his two matches, leaving Arsenal 10 points behind the final Champions League berth with a game at hand. Dani Ceballos, signed on loan from Real Madrid in the summer, remains a big miss for the Gunners in midfield. He is speculated to big for one more week with a hamstring pull.

West Ham, placed 16th in the league standings, are just one one-point away from the relegation zone and could find themselves in the danger zone comes next week. West Ham would welcome former Arsenal player Jack Wilshere into the squad after a groin problem but Argentine winger Manuel Lanzini and goalkeeper Lukasz Fabianski continue to be sidelined with long-term injuries.

West Ham vs Arsenal match in Premier League 2019-20 will be played on December 10, 2019 (Tuesday). WHU vs ARS clash will take place at the London Stadium in Stratford district and is scheduled to begin at 01:30 am IST (Indian Standard Time).

Where to Watch the Live Telecast of West Ham vs Arsenal, Premier League 2019/20 Season Football Match? TV Channels in India

Both teams need wins. But Arsenal perhaps needs it more than the home team. Another winless game at West Ham will leave them chasing blank shadows. West Ham, on the other, will hope their good record against big teams remains intact.