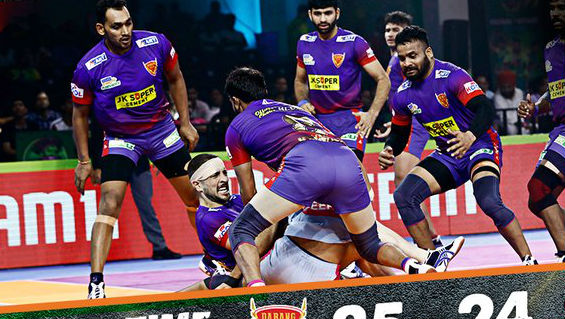 Puneri Paltan has won only two matches so far in PKL 2019, while Dabang Delhi has done well so far in this tournament with only one defeat so far. However, head to head record between these two teams speaks in favour of Puneri Paltan who have won 8 out of the 14 games they played with Dabang Delhi. PKL 2019 Dream11 Prediction For Puneri Paltan vs Delhi Dabang K.C. Match: Tips on Best Picks For Raiders, Defenders and All-Rounders For PUN vs DEL Clash.

Puneri Paltan and Dabang Delhi will lock horns in PKL 2019 at 8:30 pm on Saturday, August 10, 2019. The match will be played at The Arena By Transstadia, Ahmedabad.

Both Puneri Paltans and Dabang Delhi won their last game and will look forward to registering a victory in their upcoming game.  The two all-rounders Manjeet from Pune and M Sheykh from Delhi are the players to watch out for in this game. This time PKL Season 7 is being played in double Round Robin format and will end on Oct 19, 2019.