While Dukaan was launched to support the small and medium businesses tide through and flourish during the Covid pandemic, various individuals have creatively utilised the platform to raise funds, deliver food, essentials and medicines to Covid patients. 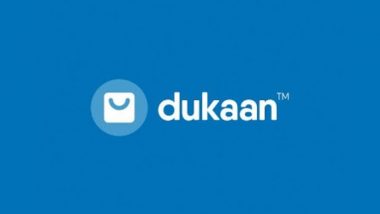 Dukaan, a SaaS platform for online stores, has announced that it clocked a growth of 110 per cent GMV leading to US$ 115 million annualised GMV over the last 30 days, placing it as an early market leader in India’s e-commerce enablement space. Dukaan began monetising in early May and has clocked its first revenue of over US$ 44 thousand.

Dukaan, launched in May 2020, has seen exponential growth in its adoption among small and medium business owners across the country. With over 3.5 million sellers under 40 categories on the platform, over two lakh orders have been processed since its inception. Dukaan is the only e-commerce enablement app that managed to grow at a rapid pace and hit six million downloads on the app store within a year.

Along with the significant growth in GMV, the daily active users have increased by 400 per cent over the last 3 months, leading to an increase in the volume and frequency of orders completed on the platform, owing to the nationwide lockdown that has placed increased significance on digital stores for products ranging from essentials, electronics, clothing to luxury goods. This is a validation of the adoption of digital technology by businesses at an increased pace across India.

While Dukaan was launched to support the small and medium businesses tide through and flourish during the Covid pandemic, various individuals have creatively utilised the platform to raise funds, deliver food, essentials and medicines to Covid patients.

“We created the Dukaan app with the aim to support and help local businesses that were facing a crisis during the raging pandemic. Within a year, we have evolved into a platform for businesses of any size, volume and geographical location, and today we provide multiple business features to simplify the e-commerce lifecycle. We will continue to work towards upgrading and evolving technology in the e-commerce space and aim to grow by half a million transacting stores per month, and over US$ 750 million in annualised GMV within next 12 months,” said Suumit Shah, Founder and CEO, Dukaan.

Dukaan secured US$6 million in seed funding in late 2020. Owing to the massive traction in the downloads and usage of the Dukaan app, it is now available on multiple platforms including Android, iOS platform and the web.