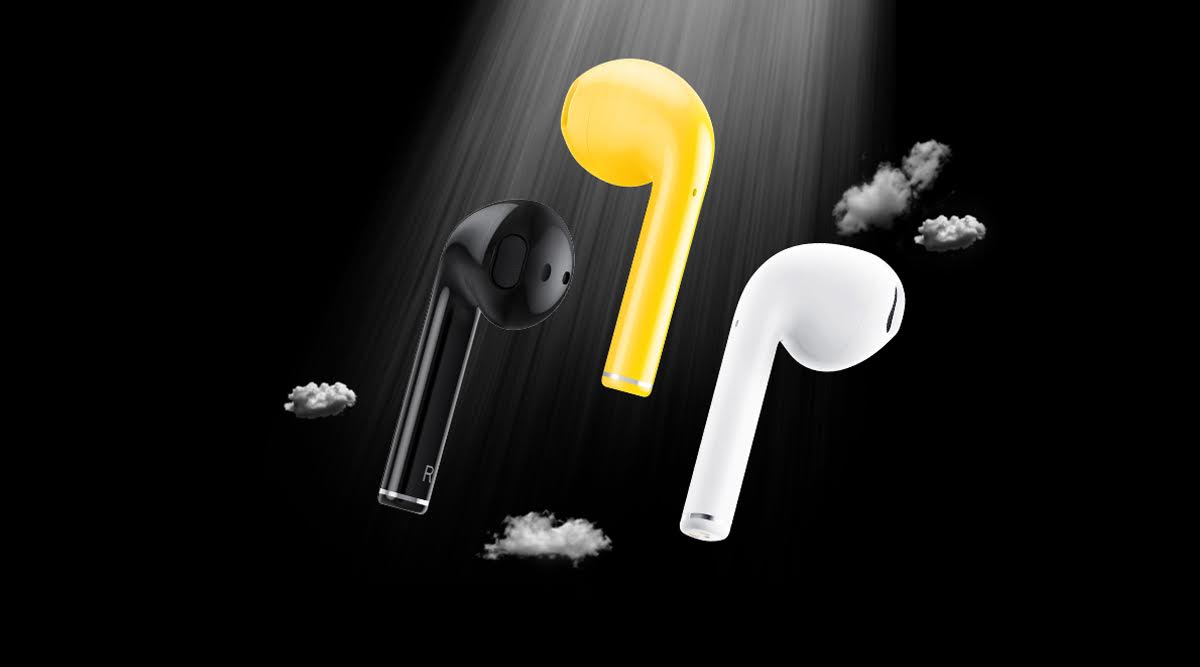 Realme India will be launching the Realme Buds Air wireless earphones in the country on December 17, 2019. The Chinese brand will also be launching the Realme X2 phone at the same event, which is scheduled to take place in the capital city. Some reports also claim that the company might surprise everyone by introducing at least three new products at the launch. Ahead of the official launch, the company has confirmed that its true wireless earbuds will go on sale at 2 pm IST post-launch. It is important to note that the Realme Buds Air wireless earphones will be available for purchase via Flipkart and Realme.com. Realme Buds Air Specifications Leaked Online Ahead of India Launch.

Moreover, the company has been teasing its true wireless earphones on its official Twitter account, confirming few features and colour options of the Buds Air. The company also gave a quick sneak peek of the device by posting a short video on Twitter, highlighting its seamless connectivity.

For the first time ever, we will be having a special #HateToWait sale on the day of the launch itself! Witness the launch of #realmeBudsAir at 12:30 PM and grab yours in the 2 PM sale on 17th December, only on @Flipkart & https://t.co/HrgDJTZcxvhttps://t.co/4aHmvSiQOo pic.twitter.com/P2cgrg0QEP

Realme's Buds Air wireless earphones will support Bluetooth 5.0 connectivity, ensuring an automatic connection with the device as soon as the charging case is opened. Moreover, the earphones will also be compatible with Qi Wireless Charging. Realme Buds Air, Realme X2 Launching in India on December 17.

Brilliance in every capture.#realmeX2, the #64MPPerformanceXpert comes with an upgraded 32MP front camera with clarity that takes your selfie game to the next level.

Additionally, we will be seeing 12mm bass boost driver and touch controls on the earphones. As far as the price is concerned, the exact amount will be announced at the launch event. However, a recent Flipkart listing accidentally revealed the cost of the Realme Buds Air, costing Rs 4,999.