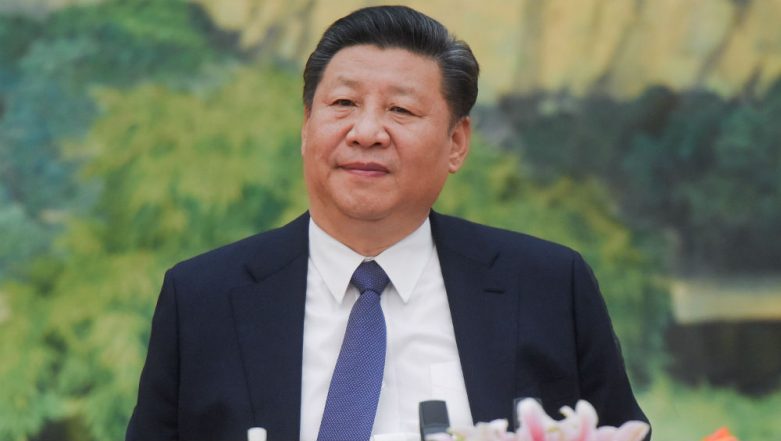 Beijing, Sep 1: China is all set to showcase its growing influence in Africa at the next Monday's China-Africa summit to be attended by a number of African leaders where President Xi Jinping is expected to announce new projects under the Belt and Road Initiative (BRI). China is investing billions of dollars in aid and projects, making Africa the most focussed destination under the BRI. This is the third-time China is hosting its Africa summit. The inaugural 2006 summit was held in Beijing and followed by another one in 2015 at Johannesburg. Xi will introduce new concepts and proposals for ties between China and Africa, and announce new actions and measures on practical cooperation with Africa during the Forum on China-Africa Cooperation (FOCAC) Beijing summit September 3-4, official media has reported. Themed 'China and Africa: Toward an Even Stronger Community with a Shared Future through Win-Win Cooperation', the summit is expected to be attended by leaders and officials from 53 African states except Swaziland, the tiny African kingdom which still remained allied with Taiwan, spurning Beijing's overtures.

UN Secretary-General António Guterres is due to attend it. Xi and Premier Li Keqiang were busy receiving African leaders and holding talks with them. The summit aims to build closer China-Africa ties further dovetailing China's BRI with African development, and set a new path for a higher level of China-Africa cooperation, state-run Xinhua news agency reported. BRI includes the China-Pakistan Economic Corridor (CPEC) over which India has protested to China as it traverses through Pakistan-occupied Kashmir (PoK). Xi Jinping to Continue as Chinese President For Life, CPC Lifts Two-Term Limit.

Xi and South African President Cyril Ramaphosa will both chair a roundtable discussion at the summit where Chinese and African leaders will discuss China-Africa relations as well as international and regional issues of common concern, the Xinhua report said.

The interest in the forum is a result of China's growing influence on the African continent and proves the FOCAC has been pragmatic and efficient, it said. The summit will conclude with the signing of a declaration and an action plan, providing guidelines for China-Africa cooperation for the next three years. The documents are expected to build on the outcomes of the Johannesburg summit, during which Xi announced 10 major cooperation plans to promote industrialisation and agricultural modernisation in Africa. Most of the plans have been implemented, it said.

China's growing clout in Africa is also drawing criticism that more African countries are getting caught in a Chinese debt trap. At the Johannesburg summit, Xi announced USD 60 billion in funding support for infrastructure development in Africa. The Chinese projects in Africa include the Ethiopia-Djibouti railway and Kenya's standard gauge railway from Mombasa to Nairobi.

During his visit to Uganda in July Prime Minister Narendra Modi said India's partnership currently includes implementation of 180 Lines of Credit worth about USD 11 billion in over 40 African countries. At the last Africa-India Forum Summit, India had committed a concessional Line of Credit of USD 10 billion and USD 600 million in grant assistance, Modi said. Chinese officials have played down reports of India-China competition in Africa.

"China and India are the two largest developing countries and also emerging markets. We both want to help and deepen cooperation with African nations. We are on the same page in this regard," a Chinese foreign ministry spokesman said here in July.