According to Variety, the screenplay for the sci-fi horror reboot was written by director Fede Alvarez, who is best known for 'Don't Breathe' and the 2013 Evil Dead adaptation. After Alien: Covenant in 2017, it's the sixth Alien film 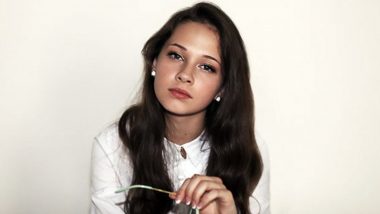 Hollywood star Cailee Spaeny best known for her roles in projects like Mare of Easttown and Pacific Rim Uprising, is in talks to star in the next Alien movie at 20th Century Studios. According to Variety, the screenplay for the sci-fi horror reboot was written by director Fede Alvarez, who is best known for 'Don't Breathe' and the 2013 Evil Dead adaptation. After Alien: Covenant in 2017, it's the sixth 'Alien' film. Chief of War: Sweet Tooth Star Luciane Buchanan Joins Jason Momoa’s Apple Series Based on Hawaiian War.

The company intends to start filming by the beginning of 2023, despite the fact that the cast has not yet been decided. Producing the untitled Alien sequel is Ridley Scott, who also directed Prometheus and Alien: Covenant,' the two sequels to the 1979 original. In addition, Alvarez will work as a producer. The Fall Guy: Game of Thrones Star Hannah Waddingham Joins Ryan Gosling Starrer

The first 'Alien,' which followed the crew of a spacecraft that made contact with a mystery extraterrestrial, starring Sigourney Weaver and Tom Skerritt. With an 11 million dollar budget, it grossed $184 million worldwide and spawned multiple sequels and spin-offs, such as 1986's "Aliens," 1993's "Alien 3," and 1997's "Alien Resurrection." It also sparked the production of the crossover movies "Alien vs. Predator" (2004) and "Alien vs. Predator: Requiem" (2007).

The six movies have made $1.3 billion worldwide in total. Alvarez's version's plot details are not yet known. But like its predecessors, it's anticipated to centre on the conflict between fearsome extraterrestrial creatures known as Xenomorphs and the brave humans who dare to stand in their way. The biopic 'Priscilla' about Priscilla Ann Presley, the wife of Elvis Presley, will be among Spaeny's forthcoming credits. The A24 film, starring Jacob Elordi as the King of Rock and Roll, is directed by Sofia Coppola.