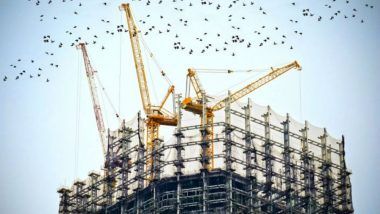 The awards were given based on a range of themes like social aspects, governance, culture, urban environment, sanitation, economy, built environment, water and urban mobility. In 2019, Surat was the only winner among smart cities.

This is the first time that states have also been awarded for the overall performance of smart cities. The ministry also announced joint winners under the COVID innovation category -- Kalyan-Dombivali and Varanasi.

The awards were announced on the occasion of the sixth anniversary of the Smart Cities Mission (SCM), the Atal Mission for Urban Rejuvenation and Urban Transformation (AMRUT) and the Pradhan Mantri Awas Yojana-Urban (PMAY-U). Chandigarh bagged the award for union territories, while Indore won the "Innovative Idea Award".

According to the ministry, Ahmedabad bagged the 'Smart Cities Leadership Award', followed by Varanasi and Ranchi in the second and third spots respectively. The top nine performing cities which have been awarded a 4-star rating are Surat, Indore, Ahmedabad, Pune, Vijayawada, Rajkot, Visakhapatnam, Pimpri-Chinchwad and Vadodara.

It also said that 2,665 projects worth Rs 45,080 crore have been fully completed and are operational (as on 23 June 2021). The statement said that under PMAY (Urban), about 1.12 crore houses have so far been sanctioned for its beneficiaries, out of which more than 83 lakh houses are grounded and more than 50 lakh completed.

Around 105 lakh household tap water connections and 78 lakh sewer or septage connections have so far been provided under AMRUT and in convergence with other schemes, it added.