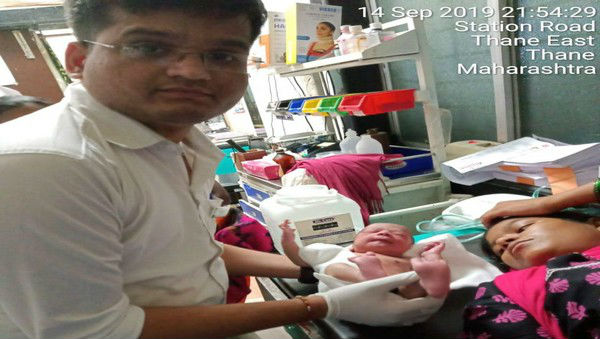 Mumbai, September 15: A pregnant woman on Saturday delivered a baby on-board a local train here. The woman, Mangal Kishore Kale was travelling from Chhatrapati Shivaji Maharaj Terminus to Thane station when she experienced pain in her abdomen. Thane: Woman Delivers Baby at One-Rupee Clinic at Railway Station After Getting Labour Pain on Board Local Train.

They were later shifted to a government hospital after being provided basic medical assistance at the railway station clinic This is 9th time, Railway's One Rupee Clinic has done or assisted in a successful delivery.