Despite facing defeat in their last IPL 2022 game against Rajasthan Royals, Punjab Kings' players could be seen having a great time at their camp, in a very quirky manner. 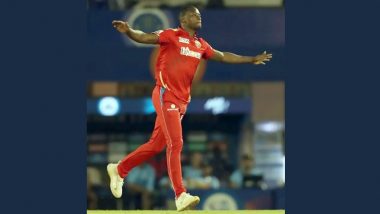 Mumbai (Maharashtra) [India], May 10 : Despite facing defeat in their last IPL 2022 game against Rajasthan Royals, Punjab Kings' players could be seen having a great time at their camp, in a very quirky manner. A video of some overseas players of PBKS were seen delivering a few iconic dialogues from Bollywood films. The video garnered a lot of praise from fans all over the world. Fearless Brand of Cricket, Reason Behind Success of Gujarat Titans and Lucknow Super Giants.

South African pacer Kagiso Rabada, who is in lethal form in IPL 2022, joined the fun. Sadly, his form was not up to the mark in terms of Bollywood as he had no clue about actor Salman Khan. He later mimicked Salman's famous dialogue of the movie Wanted (2009), "Ek baar jo maine commitment kar di fir mai apne baap ki bhi nahi sunta." Lastly, West Indies all-rounder Odean Smith came into the frame and to much surprise, he perfectly acted Sunny Deol's "Taareekh pe taareekh, taareekh pe taareekh, taareekh pe taareekh," from the movie Damini (1993). (See Video-)

Coming to the team, PBKS have played 11 matches and lost six of them. Currently standing at the eighth spot on the points table, Punjab need to clinch victory in their three matches, in order to qualify for the playoffs. PBKS will now be going up against Royal Challengers Bangalore in their next IPL 2022 clash on Friday, here at the Brabourne Stadium.