Pfizer, BioNTech Not Sure on Vaccines' Effectiveness on New COVID-19 Variant 'Omicron'

The pharmaceutical companies Pfizer and BioNTech on Saturday issued a statement stating that they are not sure whether their vaccines would be able to help in the treatment of the new COVID-19 variant 'Omicron'. 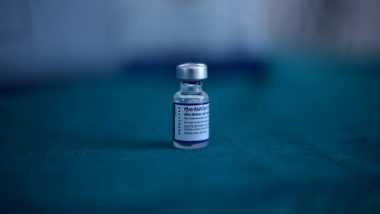 Washington, November 27: The pharmaceutical companies Pfizer and BioNTech on Saturday issued a statement stating that they are not sure whether their vaccines would be able to help in the treatment of the new COVID-19 variant 'Omicron'.

The companies also promised to develop a new vaccine against the variant in about 100 days, Sputnik reported.

This came after the World Health Organization (WHO) announced it identified a new COVID-19 strain, the B.1.1.529 that was initially found in southern Africa. WHO named the variant with the Greek letter 'Omicron'.

"In the event that vaccine-escape variant emerges, Pfizer and BioNTech expect to be able to develop and produce a tailor-made vaccine against that variant in approximately 100 days, subject to regulatory approval," they added in the statement.

As reported by Sputnik, Pfizer and BioNTech said they expect more data on Omicron within the next two weeks and noted the variant significantly differs from previously observed ones, according to the statement.

The pharmaceutical companies underscored that they started working on making their vaccine adaptable to new possible variants months ago, adding that their vaccine is currently able to adjust itself within six weeks and ship initial batches within 100 days, the statement said.

In similar developments, amid the spread of the Omicron variant, the World Trade Organisation (WTO) on Saturday postponed the 12th Ministerial Conference (MC12), that was set to take place in Geneva.

As precautionary measures to contact the spread of the new variant, India on Friday added several countries to the list from where travellers would need to follow additional measures on arrival in India, including post-arrival testing for infection.

The US along with European Union and other major destinations have also moved to block flights from several African countries, CNN reported.