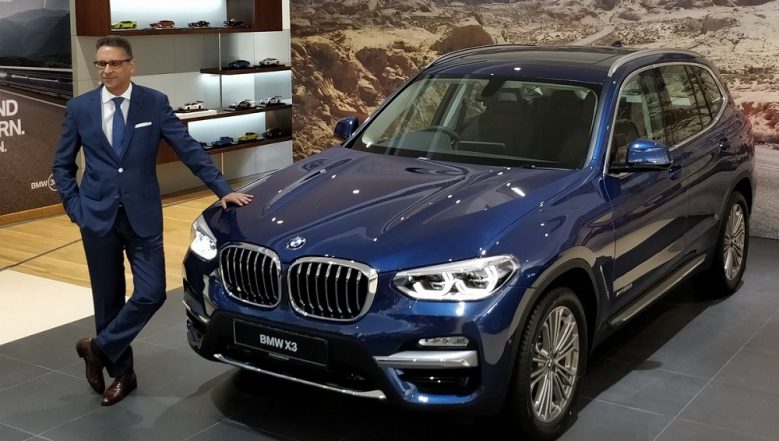 The group had already issued a rare profit warning in September when it was forced to lower its full-year outlook in the face of a series of setbacks. Chief among them was the introduction of tough new EU emissions tests known as WLTP, which sent rival carmakers scrambling to shift non-compliant models before the September 1 deadline with considerable discounts offered to buyers. This resulted in "unexpectedly intense competition", BMW said. BMW G 310 R and BMW G 310 GS India Launch Today; Watch Live Streaming of BMW Motorrad's Affordable Motorcycles Unveil Event.

The group has also been impacted by US President Donald Trump's festering trade row with China, which has seen both sides impose tit-for-tat tariffs, and his threats to place steep duties on auto imports from the European Union.

"The ongoing international trade conflicts had the effect of aggravating the market situation and feeding consumer uncertainty," said BMW, which owns factories in Europe, the US and China.

The automaker likewise felt the pinch from a mass recall of diesel-powered cars over a fire risk, for which it had to set aside 679 million euros in the third quarter. Also sapping earnings was BMW's increased spending on electric and self-driving cars as the industry pivots to cleaner, smarter vehicles after the "dieselgate" emissions cheating scandal. "Particularly in these volatile times, we are maintaining our focus on the future and taking the decisions that will lead to tomorrow's success," said chief executive Harald Krueger.

As part of those efforts BMW said it planned to secure "the highly sought-after" raw materials needed to make battery cells, like cobalt, itself in the future and then make those available to suppliers. BMW shares dipped 1.8 per cent to 75.55 euros by 1050 GMT in Frankfurt, underperforming a DAX blue-chip index that was up 1.1 per cent. The group confirmed its trimmed outlook for 2018, forecasting revenues from its car business "slightly lower" than last year.

Profit before tax "is expected to show a moderate decrease" year-on-year, rather than staying around last year's level of 10.7 billion euros.

Looking further ahead, chief financial officer Nicolas Peter warned in a conference call that the WLTP fallout would likely continue "into the first half of 2019". "The volatility is not over yet," he told reporters. BMW did not suffer the same production bottlenecks that the new EU rules caused at rivals Daimler and Volkswagen, but the price war to get rid of non-WLTP models has proved painful for all carmakers in a sector crucial to the German economy.