Shubhra Mohanty Just Offered the Best Advice About How To Maneuver the Corporate Jungle, and Stop Waiting for Gender Dynamics To Change

There are many who are blinded by fallacies and fail to see their real worth. I will hold your hands and help you discover the unique you. There’s no stopping you once you realize your potential. You are fantastic! 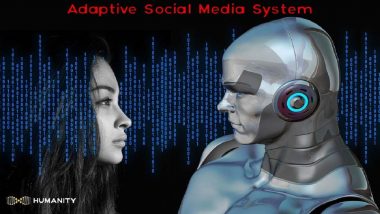 It’s going to take 99.5 years! That’s how much time it will take to meet gender equality, as per the latest Gender Gap Report. Are you sure you are willing to wait that long? In fact, can you? A pertinent question all women should try to answer said Shubhra Mohanty, the Indian-born reformist, motivational speaker, D & I expert, and founder of Women and Convention, an organization that resolves to ignite the spirit of self-reliance and confidence in women and prepare them to outshine in today’s workplace. 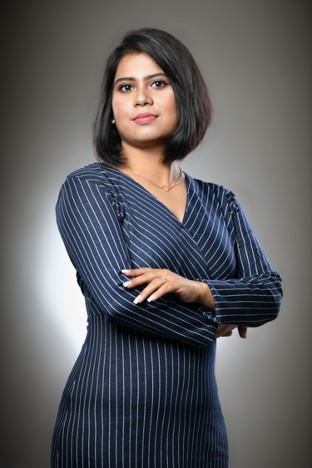 Shubhra Mohanty is on a mission to transform today’s workplace. By educating, inspiring, and continuing the discussion about gender inequality, workplace bias, and women’s rights.  Mohanty says, “Women and Convention is a movement. A movement I started to teach women the necessary defenses to win in the battle ground called the workplace.”

Shubhra Mohanty’s greatest advice for today’s women to maneuver the corporate jungle and carve a niche for themselves?

Step One: Go get it. Step Two: Repeat step one.

There is no denying that the state of gender parity in the modern workplace is indeed alarming. Women in the workplace today face severe perception gaps and gender stereotypes that are deeply rooted in culture and mindset that makes them difficult to deal with.

But Shubhra Mohanty? Well, she is a hell of a badass go-getter.

As she so eloquently put it on Thrive Global  where she advises women entrepreneurs who waver in their decision to begin their entrepreneurial journey, “Begin only when you believe and believe when it has begun”. In this fast-moving world where survival of the fittest is rather being taken way more seriously than our earlier generations, it’s time to go full throttle”.

The motivational speaker says it’s a steep uphill climb, but the view up there is totally worth it. As she quotes Abraham Lincoln:

“Your own resolution to succeed is more important than any other.”

“Regardless of the evident gender disparity, a lot of our counterparts have successfully carved a niche for themselves thriving in the same discouraging environment,” she emphasizes. “Oprah Winfrey, Sara Blakely, Sheryl Sandberg to name a few who shined bright and made it to the top, come what may.”

The radical feminist who fights to uphold the principles of egalitarianism advocates that every unfortunate event is a catalyst, having experienced the maternal wall and misogynistic remarks herself, when her years of performance and credibility was sabotaged because she decided to stick up for her reproductive rights and a man’s value system believed that motherhood makes a competent employee inept.

Mohanty says, “I knew there was a bigger reason behind everything that happened, and there it was: my moment of epiphany. I knew what I had to do. Speak out! I realized I had spent enough time brooding and now, it was time to take the stage and set an example for my daughter. When she grows up, I want her to be able to look into my eyes and say, ‘Hey, Mom, I’m proud of you. At least you chose to fight back and set things right for my generation.’

I had to tell my story, because I know there’s somebody listening to me who can relate to all this, and I don’t want that person to give up.”

Big changes come from the little decisions we take.

“From a brand strategist to a motivational speaker was a paradigm shift, but there’s nothing more gratifying than helping people who are sinking into this black hole of self-doubt, depression, anxiety, and low confidence level, which I once experienced myself.

There are millions of women in the corporate world who are forced to believe that the only thing a woman is born to be is a caregiver. Some have already given up and are convinced that it’s plausible, thanks to our so-called progressive societies that still uphold gender stereotypes and is a breeding ground of unconscious bias.

There are many who are blinded by fallacies and fail to see their real worth. I will hold your hands and help you discover the unique you. There’s no stopping you once you realize your potential. You are fantastic!

The key to a successful career is your denial to wither,” she says.

Mohanty says, “Most women ask me the secret sauce behind a successful corporate career and my answer has outright been 'there's none’.

Whether things turn out the way you expected or not, you need to keep the ball rolling. Success or failure are mere reflections of the mindset you nurture.

Where you start is imperative... You want to build, or you are there because everyone else is?

None of us were prepared for this pandemic. Pay cuts, layoffs, financial instability are few outcomes that none of us ever desired for. The question is how many of us were ready for it financially, mentally, and physically?

Her advice for today’s women is, “Don’t succumb to the chaos.  Draw that line and prepare yourself for the long game. If you haven't thought about it till now, start thinking”.

In her keynotes and talks across the world, Mohanty preaches, “It's time to outshine or fade. There is no midway. This is no time to be complacent!”