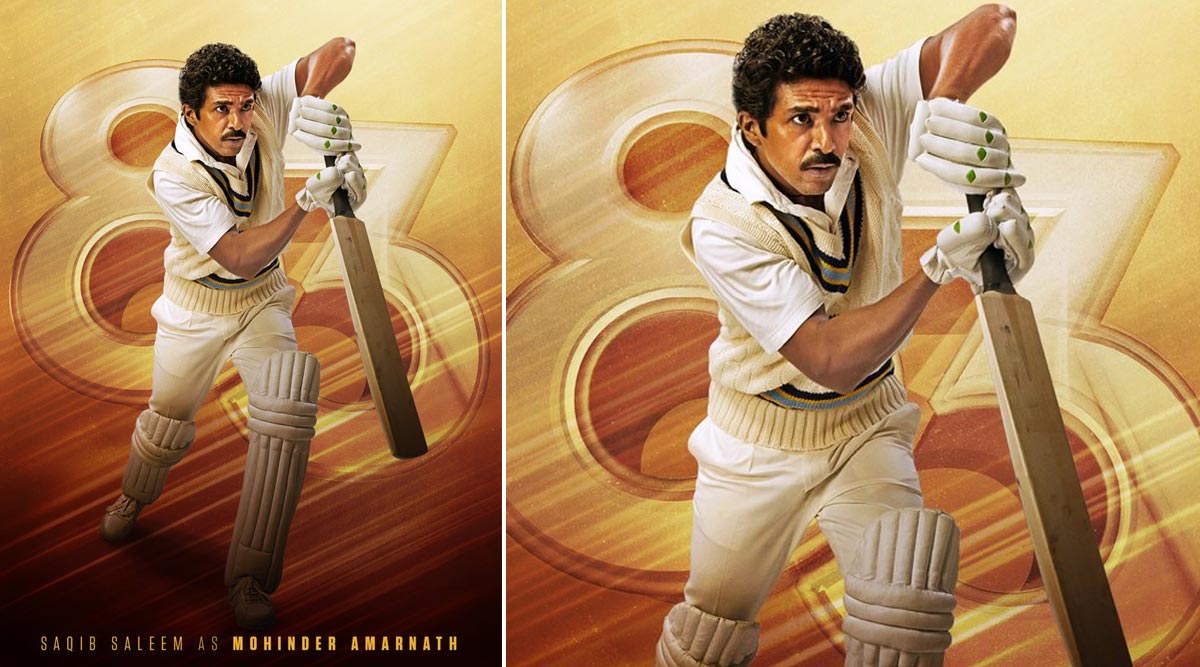 The makers of the 83 The Film are totally in form. Ranveer Singh starrer sports drama based on India's world cup win in 1983 is one of the most ambitious films of 2020. As much as the fans were in love with Ranveer's look as then captain, Kapil Dev; they are also in awe of the look of other actors. After releasing looks of Tahir Raj Bhasin as Sunil Gavaskar and Jiiva as Krishnamachari Srikkanth, here is the look of Saqib Saleem as Mohinder Amarnath. 83 The Film: Ranveer Singh Shares Tahir Raj Bhasin’s Look as Legendary Sunil Gavaskar, and This ‘Little Master’s’ Avatar Is Impressive (View Pic).

Saqib shared the picture of himself as the on-screen comeback king with the caption, "Jim paa ki wajah se hi toh hum World Cup 1983 mein itni durr tak pohonch paaye! What an honour and joy it has been to play this legend on the big screen. Presenting the Comeback King, #MohinderAmarnath." If we see the older pictures of the cricketer, we can see the resemblance between the two of them. Check it out below.

What an honour and joy it has been to play this legend on the big screen.

83-The Film is directed by Kabir Khan and co-produced by Deepika Padukone. She will be seen portraying the role of Kapil Dev's wife Romi Bhatia in the flick. This film will be the fourth film of Ranveer and Deepika together. Other actors who will be seen in the film are R Badree, Hardy Sandhu, Chirag Patil, Pankaj Tripathi, Tahir Bhasin, Ammy Virk, and Saahil Khattar in the lead as the men in blue. The flick is slated to release on April 10.