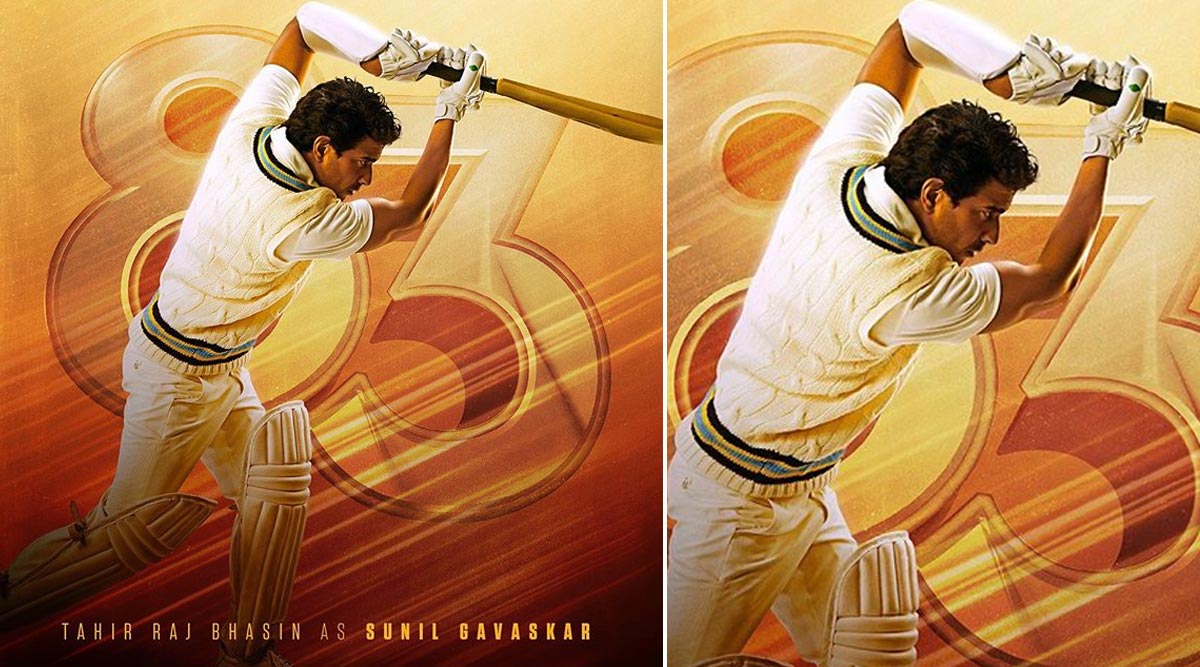 Earlier today Ranveer Singh had left netizens surprised by sharing the logo of the upcoming sports drama, 83 The Film. And here’s one more surprise for the day by the makers of this multi-starrer film. Ranveer has shared Tahir Raj Bhasin’s look, who is playing the role of legendary cricketer Sunil Gavaskar in the upcoming movie. Yes, Tahir would be essaying the role of the Little Master (as Sunil Gavaskar is fondly known) in this Kabir Khan directorial. 83 The Film: Ranveer Singh Shares the Logo of Kabir Khan Directorial (View Pic).

This is the first character poster of the movie ’83. While sharing it across social media platforms, Ranveer Singh captioned it as, “TAHIR RAJ BHASIN as The Little Master SUNIL GAVASKAR #ThisIs83”. Tahir Raj Bhasin also shared the character poster and captioned it as, “Inki batting ne dushman ke chakke chuda diye! Essaying the Little Master’s role has been such a humbling experience. Presenting the man, the legend, #SunilGavaskar! #ThisIs83”. 83 The Film: Kapil Dev Reveals How Ranveer Singh Started to Prep to Play the Former Team India Captain’s Role.

Earlier in an interview to ANI, Tahir Raj Bhasin stated how essaying this role of Sunil Gavaskar is a ‘huge responsibility’ for him. He was quoted as saying, “It is indeed a huge responsibility to play Sunil Gavaskar on screen and I definitely want to pass this test by convincing everyone that they are seeing the legend on screen and not me.” About prepping up for this role he further mentioned, “To achieve this, my on-field practice is designed beyond playing good cricket and is targeted towards playing specific shots in Gavaskar’s style. My time in the nets is being treated like physical choreography for the character.” This character poster shows Tahir pulling Gavaskar’s signature straight drive shot. What are your thoughts about Tahir’s look? Share it with us in the comment section below.