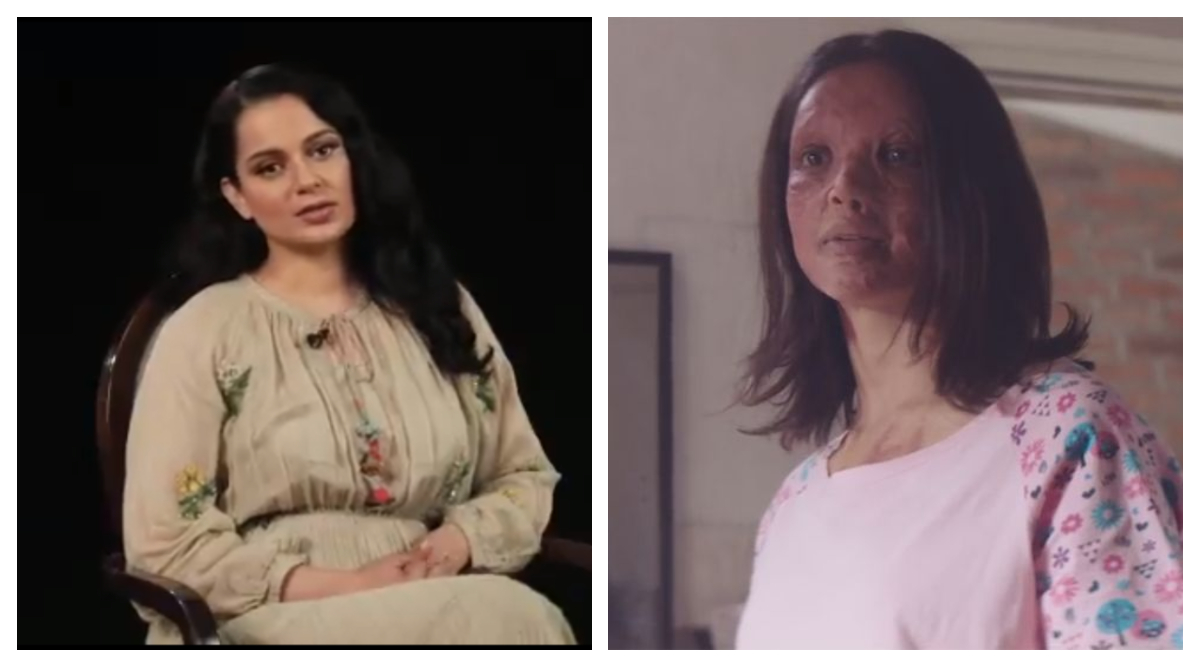 Deepika Padukone and Kangana Ranaut have found unlikely allies in each other. The two actresses have been promoting each others' upcoming movies. This comes as a surprise because not until long ago the two of them were seemingly at loggerheads. Deepika had called out the title of Kangana's film Mentall Hai Kya. There is more history there. But Deepika's next Chhapaak has hit home for Kangana, as her sister, Rangoli Chandel, is an acid attack survivor. When the first look of the film released Rangoli had promised unequivocal support to it. She continued to shower support for Chhapaak, and, today, even Kangana has shown her support for the film through a video.

Kangana talked about how she has seen the tragedy herself. "My family and I thank Deepika and Meghna Gulzar that they made a film on this subject," she added. "This movie is a slap to those monsters who succeeded in the attack but not in their intentions."

Also, let us not forget that earlier, Deepika had promoted Kangana's upcoming film, Panga, after watching its trailer. To be noted, both the movie has been backed by Fox Star Studios.

The pain still lingers. Our family thanks team #chhapaak for a story that needs to be told! @deepikapadukone @meghnagulzar ⁦@foxstarhindi⁩ pic.twitter.com/drKN3i6GSP

Kangana uses the word 'panga' a few times, of course, hinting at her upcoming release, which also is about women empowerment. We expect Deepika to return the love to Kangana around the time of Panga's release.

Interestingly, Kangana and Deepika's political ideologies are also very different. Last night, on January 7, Deepika marked her presence at a peaceful protest at Jawarharlal Nehru University (JNU), after an attack on students and teachers. Kangana is yet to react, but she most likely is on other end of the spectrum. On the morning of January, Rangoli had tweeted against Bollywood celebs who had criticised the government. Let us see how this very unlikely alliance transcends into the future.