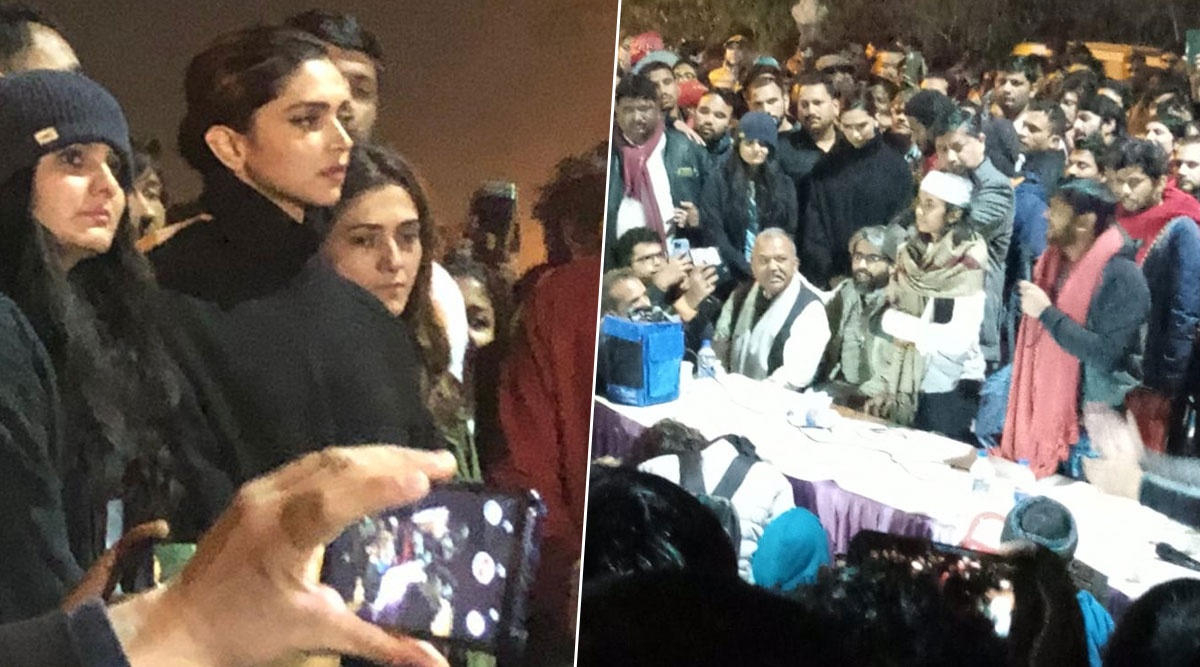 As per latest updates, Bollywood actress Deepika Padukone has been spotted at Jawaharlal Nehru University (JNU) to show her support for the protesting students. Deepika, who will be next seen in Chhapaak, joins the increasing group of Bollywood celebs who have stood with the JNU students over the shocking incident that happened in the evening of January 5, 2020. Several masked goons entered the JNU campus and had created havoc. Leaked videos made us witness violent attacks on the students and the teachers. After this incident, many Bollywood celebs broke their silence over the violence and slammed the current government.  JNU Violence: Bollywood Celebrities Like Kriti Sanon, Ayushmann Khurrana, Rajkummar Rao Condemn Attack on Students and Faculty Members.

Coming back to Deepika, in the pictures that came online, we can see Deepika Padukone arriving at JNU and expressing solidarity with the students. She was seen on the podium standing next to the injured JNUSU President Aishe Ghosh. Former student leader and youth politician Kanhaiya Kumar is also seen in the pictures.

Must say, this is a huge step taken by the Bollywood actress considering how the nation is right now suffering and has been divided on the grounds of religion. When recently in an interview Deepika Padukone was quizzed about the ongoing protests, she did not keep mum and instead said that she's glad that the citizens of the country are uniting for a great cause. Amitabh Bachchan Tweets a ‘Folded Hands’ Emoji for Unknown Reasons and Gets Brutally Trolled for His Silence Over JNU Violence.

Check Out The Pictures Of Deepika From JNU Below: