Megan Fox Feels It’s Very Difficult To Be a Woman, Here’s Why

The actress acknowledges that it's easier said than done. She told Elle.com: "Obviously, that's a really tricky thing for me as well, because I have body dysmorphia, so I see myself differently than how other people see me anyway. 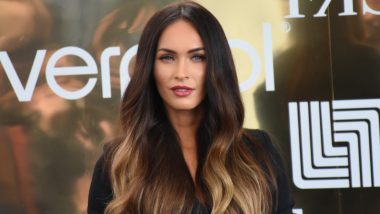 Actress Megan Fox says it is hard to be a woman and has encouraged other women to wear whatever makes them "feel good" and not to worry about the opinions of other people. Fox said: "There are definitely some times where mentally, I'm not in a place where I want to be exposed or interact with the world. I think style is a closer reflection of your mood than some people realise, and because of that, it changes constantly. Megan Fox Sparks Engagement Rumours with Beau Machine Gun Kelly.

"Like I change multiple times a day sometimes, don't you? That's my best advice for anyone: wear what makes you feel good and do not worry about what other people say you look like," reports femalefirst.co.uk. The actress acknowledges that it's easier said than done. She told Elle.com: "Obviously, that's a really tricky thing for me as well, because I have body dysmorphia, so I see myself differently than how other people see me anyway. Megan Fox Says She Knew Machine Gun Kelly Was Her 'Soul Mate'.

"And bottom line is, it's very difficult to be a woman!" She added: "And I've finally let myself acknowledge that it's hard to be a woman! It's really difficult, right? We are our own worst enemies sometimes, and so my best advice is just to embrace it, and know you have the freedom to express yourself however feels good to you.

"Know that, and then give yourself permission to do so." On the other hand, Megan explained that her body just isn't suited to wearing certain things. The 'Transformers' star said: "People do not realise how small I am. "So I'm either in clothes that are really well-fitted or I just get overwhelmed by fabric, which happens very easily." "So if I know I'm going to be photographed, I do tend to pick things with a very close fit. I would love to put on a pair of parachute pants, but it just doesn't work on my body! It wasn't exactly a choice to only wear tight clothes or cutouts."

(The above story first appeared on LatestLY on Oct 20, 2021 11:31 PM IST. For more news and updates on politics, world, sports, entertainment and lifestyle, log on to our website latestly.com).