There is only so little we know about The Beatles, despite them being the most famous music band known to the humanity. 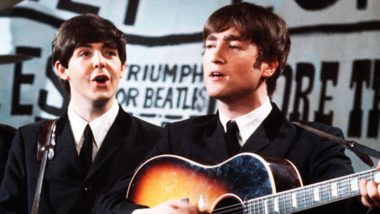 There is only so little we know about The Beatles, despite them being the most famous music band known to the humanity. Every now and then a new piece of info about the Beatles' adventures surfaces on the internet leaving us shocked, surprised or bewildered. For example, Paul McCartney's latest interview where he revealed a kinky circle jerk story which also involves John Lennon. The bass guitarist and singer features on the cover of October issue of GQ magazine and was in a tell-all mood for their interview.

Paul added, "But, you know, it was just the kind of thing you didn’t think much of. It was just a group. Yeah, it’s quite raunchy when you think about it. There’s so many things like that from when you’re a kid that you look back on and you’re, ‘Did we do that?’ But it was good harmless fun. It didn’t hurt anyone. Not even Brigitte Bardot.”

That might have been a little #TMI for their fans but we don't think anyone will complain. Keep the stories coming, Paul.

(The above story first appeared on LatestLY on Sep 12, 2018 10:19 AM IST. For more news and updates on politics, world, sports, entertainment and lifestyle, log on to our website latestly.com).