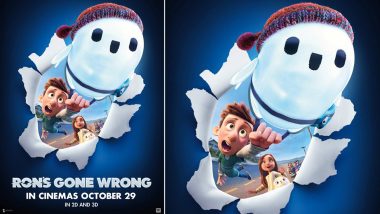 The film is directed by Pixar veteran Jean-Philippe Vine and Sarah Smith with Octavio Rodriguez co-directing. Liam Payne (of One Direction fame) will also have his new single 'Sunshine' as part of the film. Disney Pixar’s ‘Soul’ Skips Theatrical Release; Animated Movie to Premiere on Disney Plus in Christmas 2020.

The film tells the story of Barney, a socially awkward middle-schooler and Ron, his new walking, talking, digitally-connected device, which is supposed to be his "Best Friend out of the Box."

(The above story first appeared on LatestLY on Oct 04, 2021 03:14 PM IST. For more news and updates on politics, world, sports, entertainment and lifestyle, log on to our website latestly.com).