Karnan: Dhanush Drops a Glimpse of His Upcoming Drama, Shooting Expected to Wrap Up in February (See Pic) 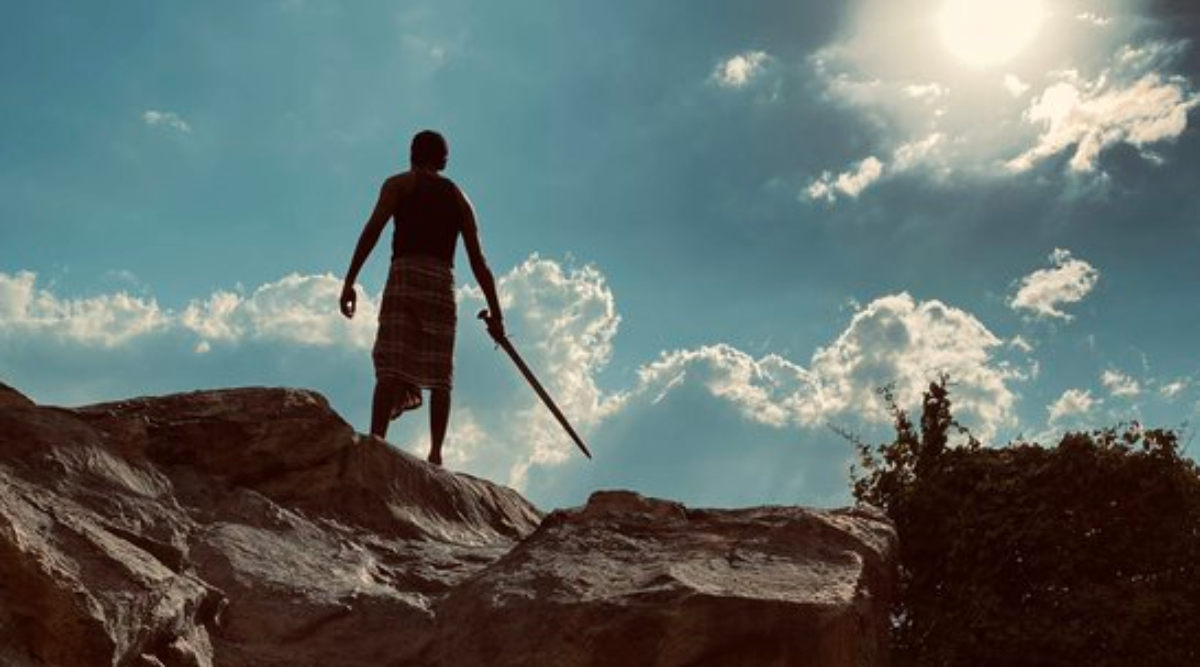 After kicking off 2020 with an out an out commercial film like Pattas, Dhanush is all set to a wow us further with his intense act in his upcoming film d Karnan. The film is being helmed by Pariyerum Perumal fame director Mari Selvaraj. Dhanush recently took to Twitter to share a glimpse of his upcoming film as he posted a working still from it. It showed him standing back facing on what looks like a cliff and where he's seen holding a sword. The sword kind of took us back to Asuran which was the actor's recent release that won a lot of praises for his intense act.  Pattas on Pongal 2020! Dhanush Fans Have a Double Celebration As They Throng the Theatres FDFS!

Karnan is currently being shot at Tirunelveli and as per reports, is expected to release around mid-2020. In the meantime, the actor also has another release coming up, which is currently being termed as ‘D40’. The film is being directed by Karthik Subbaraj and there's no confirmation yet if it will release before Karnan.We bet this still has certainly piqued your interest for the film.

Karnan also stars actors Rajisha Vijayan, Lal, Natty and Yogi Babu in important roles. The film is produced by Kalaipuli S Thanu and the music is by Santhosh Narayanan. Dhanush also has another project lined up after this. The actor will be working with director Ram Kumar next on a yet-untitled project.