Pattas on Pongal 2020! Dhanush Fans Have a Double Celebration As They Throng the Theatres FDFS! 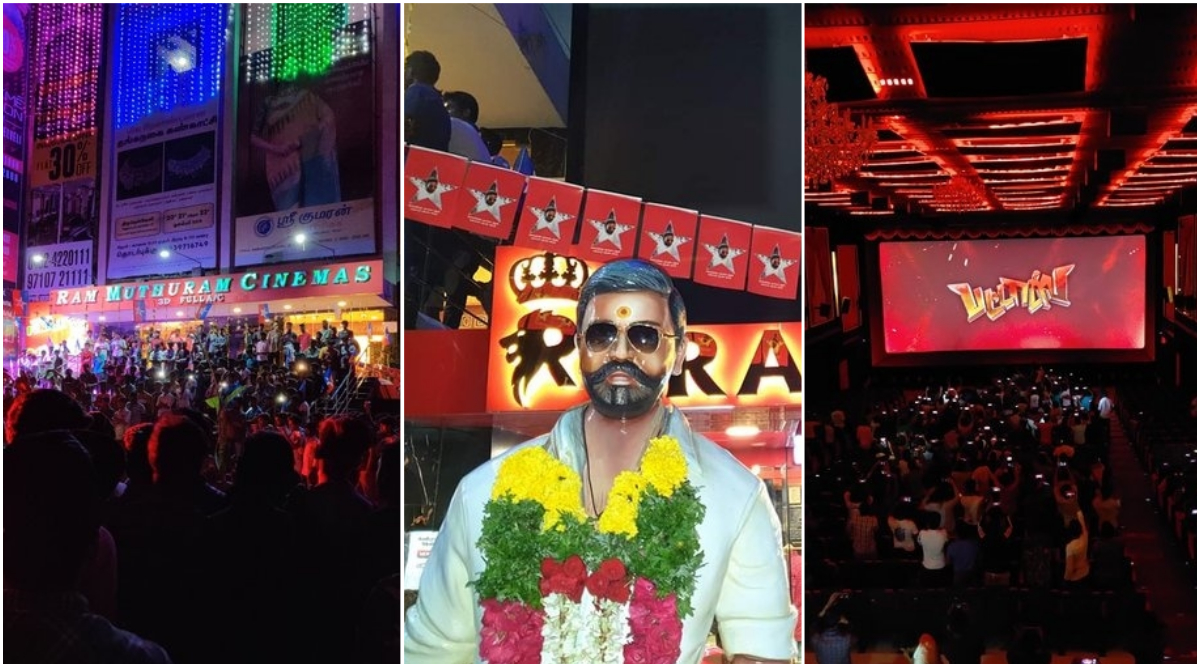 Dhanush is back with another festive release, the Tamil mass entertainer, Pattas. The actor will be seen in a dual avatar, one of a boy next door and other the martial arts expert. Obviously, the hype was high. The film releasing on the auspicious occasion of Pongal itself was a huge treat for his fans. As expected, the first day, the first show of the film is gaining a huge response from the fans as a double celebration. Pattas Motion Poster: Dhanush Returns with a Mass Entertainer and it Can't Get Better than This (Watch Video).

Twitter is flooded with the pictures and videos of the film scenes and the crowded theatres. It is touted to be a proud moment for any die-hard fan to get the tickets of the FDFS of their favourite icon. Down the south industry, this is one of the major parameters to prove the fandom and Tweeple is damn serious about it. Go by these tweets and you will see what kind of the craze the Tamil fans have created over this actioner.

Fans Dance Their Heart Out

Thanks to @RohiniSilverScr @dhanushkraja hats off sir

Directed by R. S. Durai Senthilkumar, the martial arts film stars two heroines namely Sneha, Mehreen Pirzada. Mehreen was also seen in Bollywood flick, Phillauri along with Anushka Sharma. The film focuses on an ancient martial arts form, called Adimurai. It was practised by Cholas and was in existence much before the popular art form named Kalaripayattu. It is yet not known whether the actor has a double role or there is any other twist to these two avatars that he sports in the film. All in all, the Pongal release is getting a great response and that should work in favours of the makers.