Actor Jaaved Jaaferi feels when it comes to mass entertainer films that can be enjoyed with the whole family, television is the ideal platform. When it comes to home entertainment, especially cinema that caters to the mass audience, after the theatre, the best medium is TV, said Jaaved. 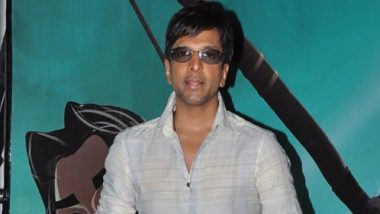 Actor Jaaved Jaaferi feels when it comes to mass entertainer films that can be enjoyed with the whole family, television is the ideal platform. "When it comes to home entertainment, especially cinema that caters to the mass audience, after the theatre, the best medium is TV. So, when a family entertainer film releases on TV, it gets a better mileage. OTT platforms are great but it is subscription-based and our good old practice of watching films on TV on a Sunday is part of daily culture. So, I am sure that when a masala entertainment that is meant for mass audience releases on TV, it finds a great mileage among the audience," Jaaved told IANS. Jaaved Jaaferi Opens Up About Son Meezan’s Aspiration of Becoming a Star Actor.

Jaaved features in David Dhawan's recent comedy release "Coolie No. 1", starring Varun Dhawan and Sara Ali Khan. The film, which released on an OTT platform last Christmas will air on television soon. Jaaved feels the film could attain bigger numbers once it is releases on television. He has fond memories of working in the film, which tried recreating the goofy flavour of the Govinda-Karisma Kapoor hit of the same name that had released in 1995. Is Jaaved Jaaferi’s Son Meezaan Dating Navya Naveli Nanda? Here’s What He Has To Say.

"This was my first collaboration with David. Though we know each other for years now, we never got a chance to work together. So, when David called me saying, 'iss baar apun kuch masti karenge (let's have fun this time)' in this project, I was more than happy! For us, it was a dream team of actors. On one hand we had Paresh (Rawal) bhai, Rajpal (Yadav) bhai, Johnny (Lever) bhai - so, for us we were friends coming together. Sara and my children were in the same school, I have seen this little girl growing in front of my eyes and now she is an actress. So, it was a special memory of shooting the film in many ways," he recalled about shooting the film, which airs on Zee Cinema soon.

(The above story first appeared on LatestLY on Apr 18, 2021 10:31 PM IST. For more news and updates on politics, world, sports, entertainment and lifestyle, log on to our website latestly.com).