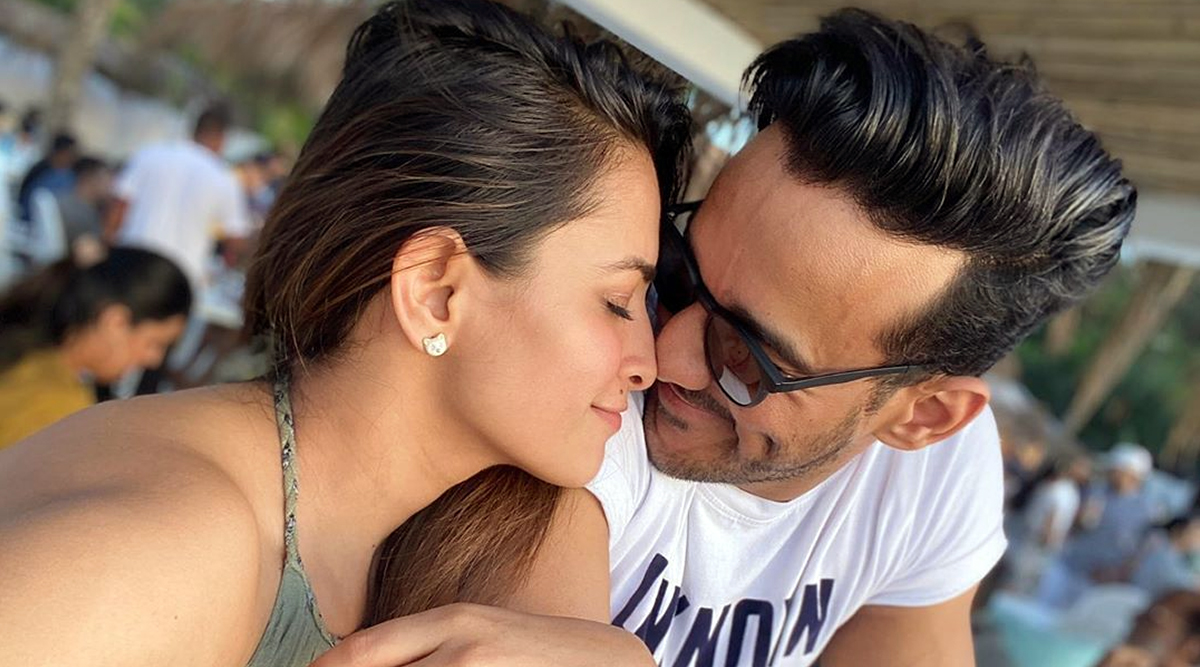 Television actress Anita Hassanandani and husband Rohit Reddy are one of the popular and most loved couples of the small screen industry. The couple, who is currently seen in the ninth season of Salman Khan's popular dance reality show Nach Baliye, has shot for the finale episode and is currently on a much-needed break. While the much-anticipated finale of Salman Khan-produced Nach Baliye 9 is yet to air, media reports doing rounds suggest that Prince Narula and Yuvika Chaudhary have won the title. Anita and Rohit, who gave us several stunning performances, grabbed the second position on reality dance show Nach Baliye 9. Nach Baliye 9: Anita Hassanandani Dedicates Her Act To Raveena Tandon Who Completes 28 Years In Bollywood

Anita Hassanandani and Rohit Reddy, who wrapped up the Nach Baliye 9 shoot recently, are on a trip to Goa and going by the pictures posted on Rohit and Anita's respective Instagram handles, it seems like they are having helluva time there. No doubt, Anita and Rohit are one of the most endearing couples of the telly industry. The couple shares amazing chemistry in real life and never fails to give us a couple goals. Nach Baliye 9: Anita Hassanandani and Rohit Reddy Remarry On The Stage! (View Pics)

Even today (October 02), Anita and Rohit, who are pretty much active on social media, took to the photo-sharing app to share pictures from their mini-vacay and they are sure to make you go green with envy. In the picture, the couple looks head over heels in love with each other. Sharing the pictures, Rohit wrote, "10yrs and still love struck!"

This picture's comment read, "Finally, a much needed holiday!"

Finally, a much needed holiday!

Meanwhile, talking about Nach Baliye 9, Anita and Rohit fought their way into the finale of the Salman Khan produced show. The won second place by their sole dedication and determination. The third position was taken by Vishal Aditya Singh and Madhurima Tuli, who impressed us with their amazing chemistry throughout Nach Baliye 9. Stay tuned!