The advisory has been issued in view of the forecast of wet weather in most parts of the state over the next 24 hours. 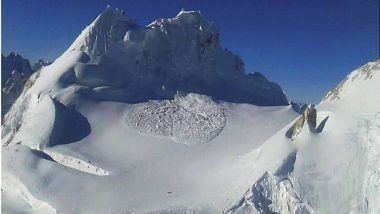 Srinagar, January 31: A government agency today issued an avalanche warning in several districts of Jammu and Kashmir for next 24 hours, shortly after a 6.2 magnitude earthquake on the Afghanistan-Tajikistan border region jolted parts of northIndia.

The Snow and Avalanche Study Establishment have "informed that medium danger avalanche warning of level-3 exists in higher reaches of Baramulla district and low danger warning of level-2 in Kupwara, Bandipore, Shopian and Kargil Districts," an official spokesman here said.