The Mahadayi water dispute between Goa, Karnataka and Maharashtra has escalated in last few months. The northern Karnataka districts want to divert water from the tributaries of the river through the Kalasa-Bhanduri Nala project towards the parched Malaprabha river basin. 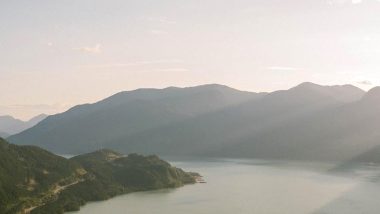 New Delhi, April 27:  The ongoing Mahadayi river water dispute and the alleged lack of steps being taken by the Karnataka and Goa governments to resolve the issue, has forced the protesting farmers of northern Karnataka districts to arrive in the national capital and voice their demands. About 300 farmers including women will stage a three-day demonstration at the parliamentary street.

As per the news report in Mirror Now, the farmers are facing "extreme water scarcity". They are being deprived of water for drinking, the report said. Disappointed with the political representatives, who are unable to resolve the issue, they have now decided to meet President Ram Nath Kovind.

Over 300 farmers from #Karnataka reach #Delhi to hold a 3-day protest against the ongoing #MahadayiWaterDispute. pic.twitter.com/PgbREcuasi

A farmer who had come all the way from Hubli to participate in the protest while speaking to the news reporter said they are expecting some solution from the President Govind after legislators and MPs failed to do anything for them. The farmers together voiced that they will boycott the upcoming elections of Karnataka state if their demands are not fulfilled.

The Mahadayi water dispute between Goa, Karnataka and Maharashtra has escalated in last few months. The northern Karnataka districts want to divert water from the tributaries of the river through the Kalasa-Bhanduri Nala project towards the parched Malaprabha river basin. The demand for drawing water from the Mahadayi is four decades old, it was in 2002 that Karnataka drew up the Kalasa-Bhanduri project to supply drinking water to four parched districts of north Karnataka. However, Goa fears the project will cause a deficit of water. It has also raised concerns over the potential ecological disaster that would be likely created if the tributaries are diverted.

Meanwhile, the northern districts of Karnataka-- Belagavi, Dharwad, Gadag and Bagalkot are pressing for an out-of-court settlement with Goa and a speedy implementation of the project that could solve their drinking water crisis.

(The above story first appeared on LatestLY on Apr 27, 2018 06:04 PM IST. For more news and updates on politics, world, sports, entertainment and lifestyle, log on to our website latestly.com).