17 Deaths Due to Nipah Virus in Kerala, No Patient from Other States Tested Positive: Health Ministry

Seventeen people died due to the Nipah virus in Kerala, out of which 16 were lab-confirmed cases, and no patient tested positive for the infection from other states, Parliament was informed today. 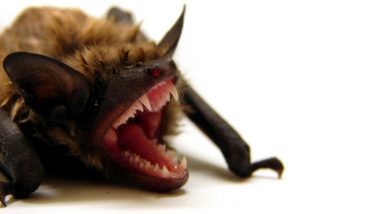 New Delhi, July 24: Seventeen people died due to the Nipah virus in Kerala, out of which 16 were lab-confirmed cases, and no patient tested positive for the infection from other states, Parliament was informed today.

Minister of State for Health Anupriya Patel also informed the Rajya Sabha that the Health Ministry had taken necessary steps to ensure that the Nipah virus did not spread to other parts of the country.

The total number of deaths caused by the virus in Kerala was 17 out of which 16 were lab-confirmed cases, she said. One person, who had died on May 5, was not tested for the virus. "There has been no case or death due to the virus in the state since June 1," Patel stated.

The minister said no patient from any other state was found positive for the Nipah virus. Multi-disciplinary central teams comprising members from the Health Ministry, animal husbandry department, National Centre for Disease Control, AIIMS, Safdarjung Hospital and Indian Council of Medical Research were sent to assist the Kerala government after the outbreak.

Patients were kept in isolated wards, hospitals were briefed about the infection and control practices, medical and para-medical staff were given protective equipment and public awareness programmes were conducted, Patel said.

Doctors were given training on ventilator management also. Samples of 337 patients were tested for the Nipah virus out of which only 18 tested positive, the minister said. "Samples were collected from all patients with similar symptoms in other states/UTs (Union Territories) and tested for Nipah virus.

"No patient from other states was found positive for Nipah virus. The ministry was also in constant touch with all the states and UTs to review their preparedness and to provide guidance and assistance," she said.

Patel mentioned that fruit-eating bats were identified as the primary source of the infection and people were advised not to consume fruits partly eaten by bats.

The minister said awareness programmes were conducted for the general public and training on infection control practices were given to health workers and medical and para-medical staff.