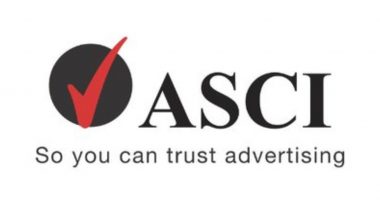 New Delhi, September 3: The Advertising Standards Council of India (ASCI) on Thursday said that it has partnered with TAM Media Research to monitor 3,000 digital platforms for misleading advertisements. Till now, ASCI used to monitor only print and TV Media for misleading ads.

According to a report, published in the Economic Times, ASCI will track the advertisements across food and beverage, healthcare and education sectors. ASCI data states that these three sectors accounted for over 70 per cent complaints reported last year.

Informing more, ASCI chairman Rohit Gupta said, as quoted by the daily, "We live in a world that’s becoming more digital by the day, so a lot of marketing is shifting to such platforms. For a self-regulatory body, it makes sense to expand our monitoring of the offline space to include the online space as well."

Gupta stated that ASCI is the only self-regulatory organisation across the globe which undertakes the task of extensive and on-going monitoring and advertising. Reports claim advertisers spend about 30 per cent of their media spending on the digital media platform, as it makes reach better among the target audience.

(The above story first appeared on LatestLY on Sep 03, 2020 07:24 PM IST. For more news and updates on politics, world, sports, entertainment and lifestyle, log on to our website latestly.com).