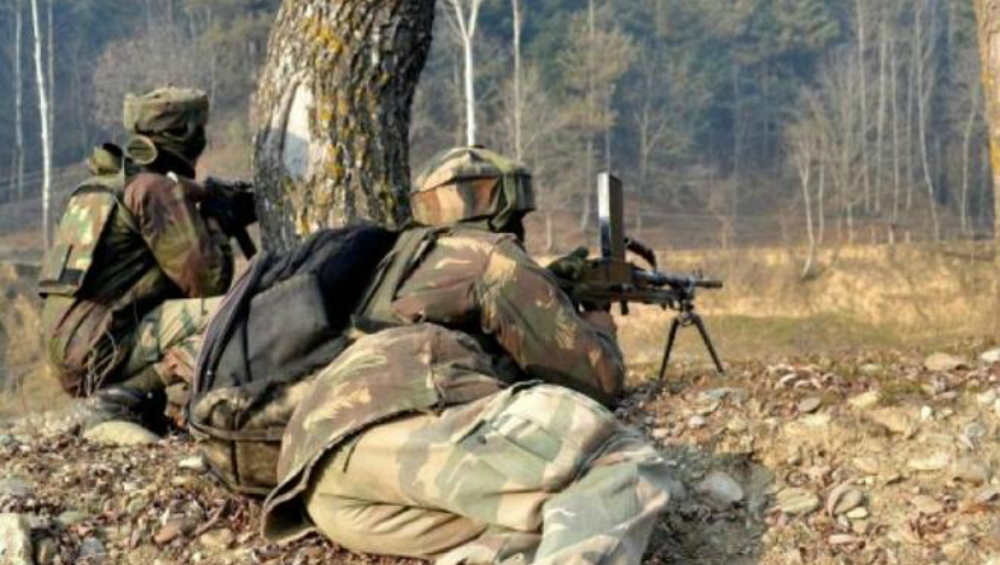 Jammu, January 21: One soldier of the Indian Army and one Special Police Officer (SPO) of the Jammu and Kashmir Police have lost their lives during the encounter in Kashmir on Tuesday. According to a tweet by ANI, the encounter broke out between the security forces and militants in Awanitpora region of Kashmir. Reports inform that the joint operation was carried out by the CRPF, the Rashtriya Rifles of the Indian Army and the Jammu and Kashmir Police.

According to reports, the encounter occurred in the jungles of Jantarang in in Awantipora after forces received a tip-off regarding the presence of 2-3 terrorists in the area. The security forces launched a search operation during which the terrorists opened fire on the armed forces. Jammu & Kashmir: 3 Terrorists Killed in Encounter With Security Forces in Shopian, Arms and Ammunition Seized.

Correction: Awantipora, Pulwama (J&K) encounter: One Indian Army jawan and one SPO* of J&K Police have lost their lives during the encounter. #JammuAndKashmir pic.twitter.com/P4NkBdrTN4

Earlier in the day on Tuesday, two militants were killed and two security personnel were injured in an encounter that broke out in Tral area of south Kashmir. This was the second major encounter in Kashmir in the past two days. According to reports, the area was cordoned off and search operation launched.