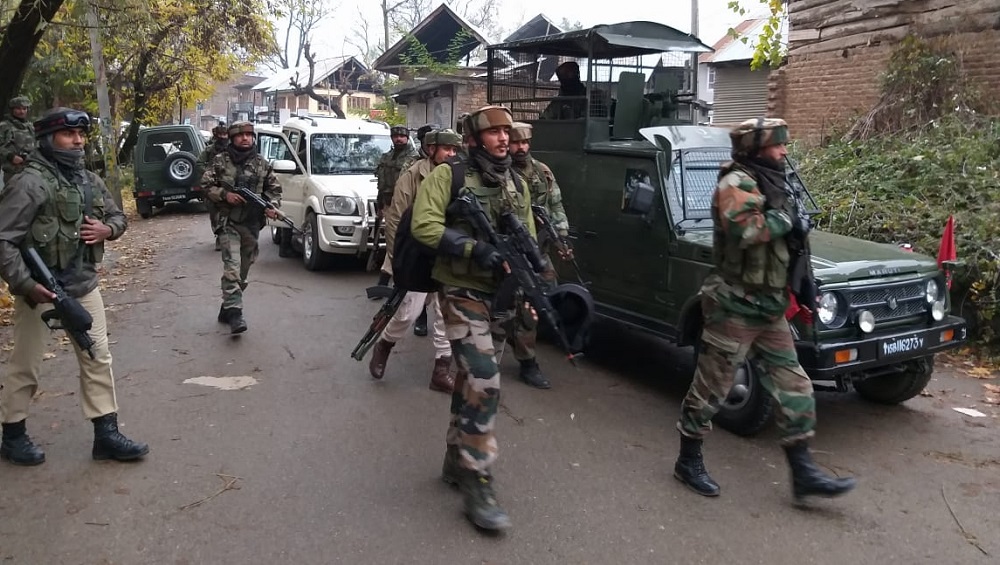 Srinagar, January 20: At least three terrorists were killed an encounter which erupted with security forces in South Kashmir on Monday. The gunfight broke out in the morning hours in Shopian district of Jammu & Kashmir. After receiving inputs, a joint team of the Army, CRPF and J&K police had launched a crackdown at the militant hideout. Doda Encounter: Hizbul Mujahideen District Commander Harun Hafaz Killed by Indian Army.

At around noon, reports confirmed the demise of all three militants who were locked in the encounter. No casualties were sustained by the security personnel. Apart from neutralising the insurgents, the forces also seized a significant cache of arms and ammunition.

The identities of the deceased militants were yet to be released. Officials privy to the counter-insurgency operation said the three extremists, who were killed in the encounter, were affiliated to the Hizbul Mujahideen -- which reportedly attracts the maximum among the local insurgents.

Jammu & Kashmir: 3 terrorists killed today by security forces during an encounter in Shopian were affiliated to proscribed terrorist outfit Hizb-ul-Mujahideen.

The encounter in Valley comes on the day when the first batch of Union Ministers have been dispatched to J&K by the Narendra Modi government as part of its outreach programme. The Ministers have been tasked by the Centre to visit villages in both Jammu and the Muslim-dominated Valley to explain the benefits of abrogating Article 370 -- the Constitutional provision which guaranteed semi-autonomous state to Jammu & Kashmir.

Prime Minister Narendra Modi, in his message to the visiting Ministers, asked them to refrain from issuing any overt political message. Their visit, he said, is not aimed at reaping political dividends but to build confidence with the people of J&K. The instruction was conveyed in the meeting chaired by Modi with the 36 Union Ministers would be visiting J&K in batches till January 25.