West Bengal Chief Minister Mamata Banerjee on Tuesday visited the residence of TMC MP Abhishek Banerjee ahead of the CBI examination of his wife in the coal theft case. 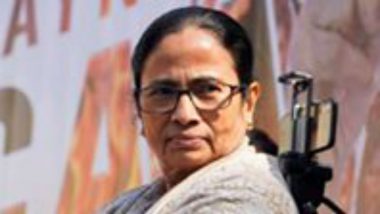 The TMC supremo was at the Abhishek's house for around ten minutes. Rujira Banerjee, the wife of Abhishek, had responded to the CBI's summons in the alleged coal pilferage scam and asked the central agency to send its team to her residence for examination between 11 am and 3 pm on Tuesday. The CBI had on Sunday asked her to join the probe.