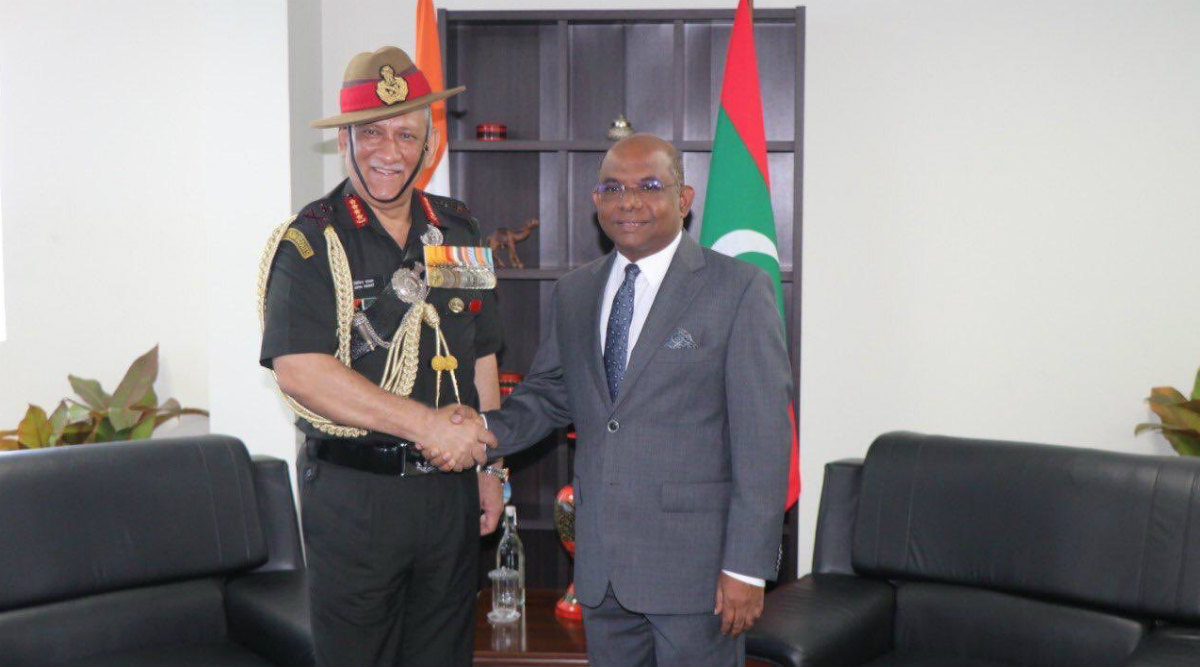 New Delhi, January 15: Asserting that climate change was threatening to undercut all progress, Maldives Foreign Minister Abdulla Shahid on Wednesday urged countries to jointly deal with the challenge in a meaningful way.

He also said that a stronger, prosperous, democratic and politically stable Maldives was necessary for the security of the Indian Ocean Region. In his address at the Raisina Dialogue here, Shahid said that with 10 billion tonnes of cargo and 65 per cent of world trade passing through, the Indian Ocean region is a key geopolitical arena. Army Chief Bipin Rawat Meet Maldives Foreign Minister Abdulla Shahid, Highlights Threats in Indian Ocean Region.

Climate change threatens to undercut all progress, presenting a clear danger to the maritime nations of the world, he said. "Described as an ecological and economic problem, it's also a human rights and national security problem for the Maldives," Shahid said.

The threat of climate change is most extreme for small islands and coastal states, which are often least responsible for and possess the least resources to mitigate these dangers, he said.

"Our government is striving to lead by example. We understand our contribution may not hugely impact in reducing global emissions but we cannot afford to remain idle," Shahid said. "We aim to eliminate single use plastic by 2023. We aim to increase the contribution of renewables in our energy mix significantly. We aim to increase electricity production and usage," he said.

Asserting that climate change is already affecting all the countries of the world, Shahid said the sooner the nations join together to address this overwhelming challenge in a meaningful way, the sooner the rapidly-occurring dangers from climate change can be mitigated.  India Will Continue to Maintain Security in the Indo-Pacific: Bipin Rawat.

"The challenges of our time require open discussion, exchange of ideas, thoughtful solutions that are sustainable and workable. These require a convergence of opinion and close alignment of policy positions," he said.