Delhi: Fire Breaks Out at DGHS Office in Karkardooma, 22 Fire Tenders at Spot 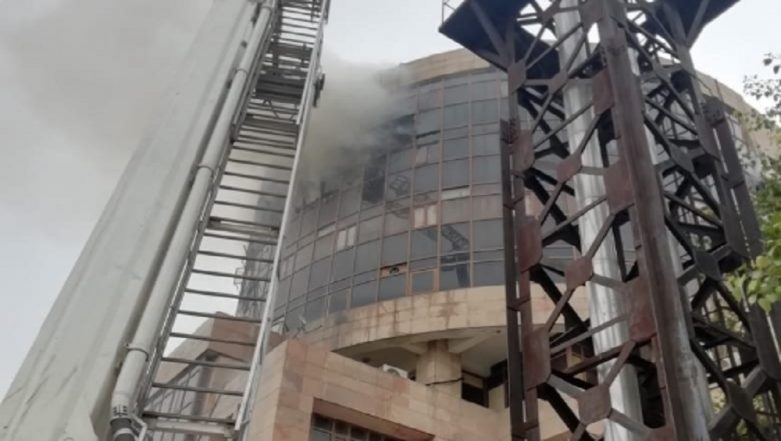 New Delhi, July 5: A major fire broke out on Friday at the Directorate General of Health Services (DGHS) office in the national capital. The site where the DGHS office is located is based in Karkardooma region. At least 22 fire tenders have been rushed to the spot to douse off the blaze.

Efforts to bring down the flames were underway by the time this report was first published. No casualties were reported so far, however, significant loss and damage to property is expected. Delhi: Fire at 10-Storeyed Residential Building in Pitampura, Firemen Rescue 100 Residents

According to preliminary reports, the fire department first received a call at around 1:30pm. Subsequently, nearly 60 firefighting personnel were deployed to douse the blaze.

Delhi is considered to be prone to fire incidents due to overpopulation, congestion and unplanned construction in several parts of the city.

The most deadly blaze this year so far was reported in Karol Bagh, where fire at a hotel ended up claiming the lives of 17 people.