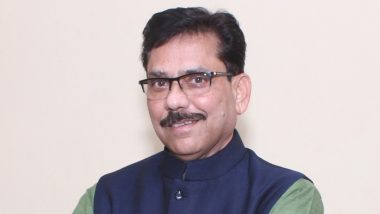 "India needs political leaders who can see the big picture, who can understand the economy and its environmental support system."

India’s development and growth have been one of the most significant accomplishments in recent times. Indian political parties have been initiating since the time of independence to develop the country at the international level. According to the Indian constitution, the central government is responsible for looking at the overall development of the nation as a whole, whereas the state government is responsible for the specific region for which they have been appointed.

In this way, under the ideology of governing bodies, the development of the nation takes place. Devendra Singh Tomar is one of the leading politicians and an active member of the Bhartiya Janta Party. He entered politics with the motive of social welfare and has been consistently doing things for the development of Gwalior, Madhya Pradesh. He had been 3 times a councilor of the Municipal corporation of Gwalior, Madhya Pradesh (for the first time in the year 1999). He was also appointed as vice leader of the municipal corporation of Gwalior, MP. Later, he was a participant in the CBN International.

‘Strategy’ is a word that has unlimited implications. When it is particularly applied in the field of economics or politics at a national or international level, then it results in the development of that very region. Development in developing countries such as India is based on the ideology of the governing body that is currently in power. For many years, the BJP has been the central governing body in India. Devendra Singh Tomar is also working on and initiating policies for the BJP to develop Gwalior, which is ranked fourth in Madhya Pradesh. He looks forward to seeing it in a great place like Indore.

Being an active leader and ‘Jan Sevak', he is always found helping Gwalior’s citizens to come forward by providing them with basic necessities, like medical care for people in remote areas and providing rations to below-poverty-line people. During the recent Covid-19 pandemic, Devendra Singh Tomar served Gwalior citizens with free food/rations delivered to their homes, as well as assisting patients in locating Covid-related medical necessities such as hospital beds and medicines. Furthermore, he is collaborating with the government to effect positive change at the district level in Gwalior, MP.

The political process in the development of the country includes political leaders' poll parties and their activities, which contribute to the country's desired development. Some of the characteristics are: same functioning strategies, an initiative of political parties at their level, clique role in decision making, charismatic leadership, the ideology of the governing body, rural-urban politics, moderate population pressure. When these strategies are implemented tactfully, they result in the overall development of the country.