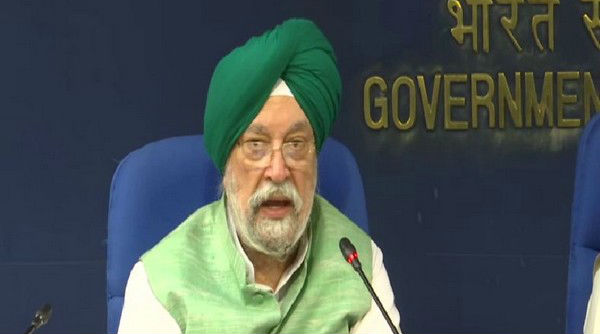 New Delhi, December 5: The government has spent Rs 193 crore to renovate and repair bungalows of MPs in the last four years, Lok Sabha was informed on Thursday.

In a written response to a question, Union Housing and Urban Affairs Minister Hardeep Singh Puri said that there is no expenditure limit prescribed for such renovation and repair of residences of Members of Parliament by Central Public Works Department (CPWD). Narendra Modi Government Spent Rs 1,195 Crore on Advertising Various Schemes in 2018-19, Says Prakash Javadekar in Lok Sabha.

"During the last three years and current year, an expenditure of Rs 193 crore has been incurred on renovation/repair of residences of Members of Parliament. Flat type-wise expenditure details are not maintained," the minister said. He said the extent of renovation required is based on the actual condition of building.