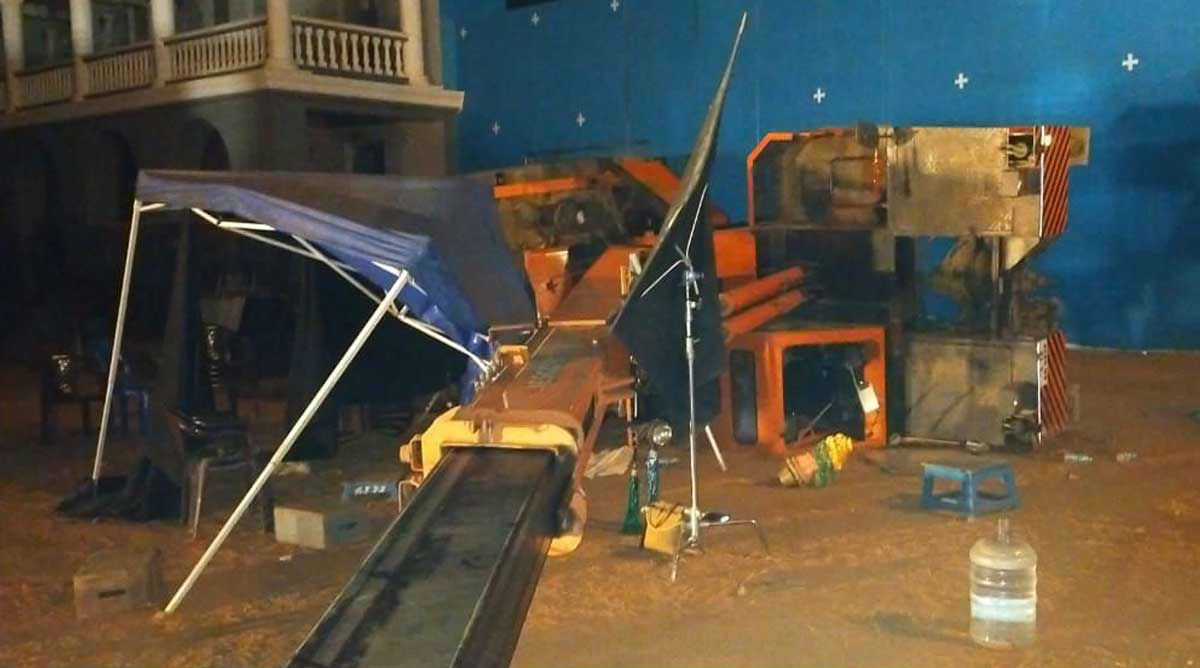 Chennai, February 20: In a tragic incident, three people died on the sets of Kamal Hassan starrer Indian 2 movie after a crane crashed near Chennai on Tuesday. The incident took place when the shooting was going on. At least 10 people, including director of the movie Shankar, also sustained injuries in the incident. Kamal Haasan Starrer Indian 2's China Shoot Canceled Due to Coronavirus Outbreak.

Meanwhile, Kamal Hassan escaped unhurt. The injured were shifted to a nearby hospital. According to reports, two assistant directors were among the people who lost their lives. More details are still awaited. Indian 2 Poster: Makers Treat Fans For New Year 2020 With Kamal Haasan's 'Deadlier' Version!

Video From The Sets Of Indian 2 After The Incident:

#Indian2 mishap: 3 dead & 9 injured in the crane accident. The injured have been taken to a nearby hospital. Director Shankar is unhurt. pic.twitter.com/62Ux5Bav53

Indian 2 is a sequel to 1994 Tamil blockbuster “Indian”. The movie also stars Kajal Aggarwal and Rakulpreet. Anirudh Ravichander is the music director of the movie. Earlier in the day, news also surfaced that a few location changes were made for the shooting of the movie owing to the recent Coronavirus outbreak in China. According to reports, a chunk of the film's shoot was scheduled for China.