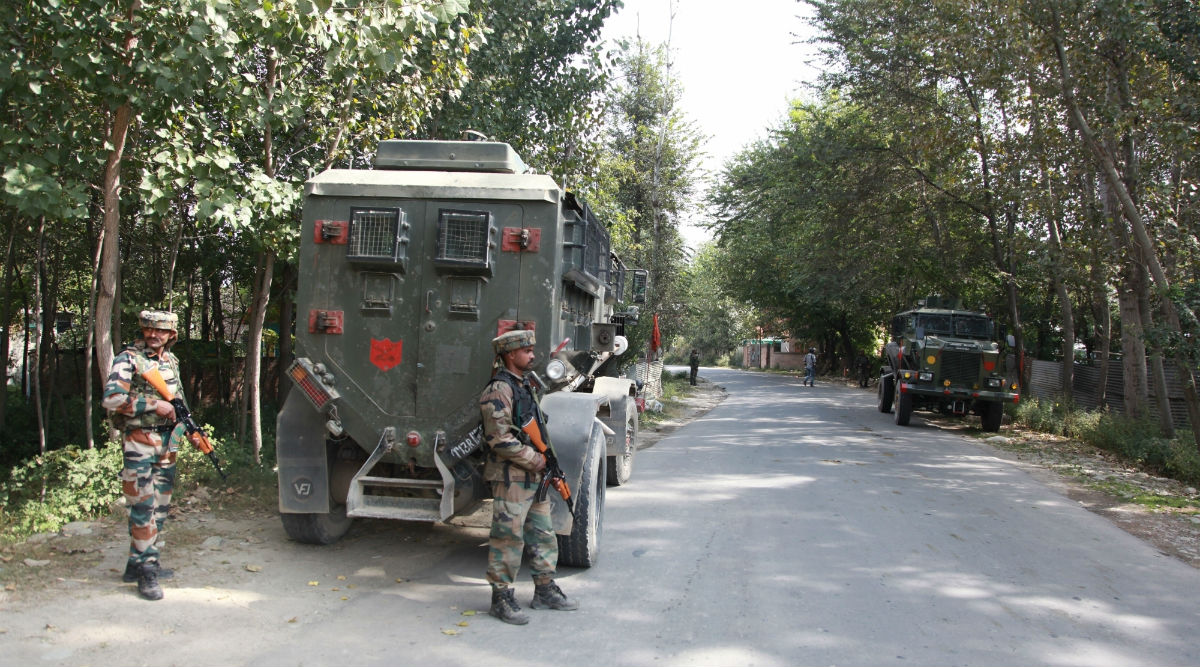 Doda, January 15: In a major breakthrough, Harun Hafaz, district commander of terror group Hizbul Mujahideen, was gunned down during an encounter with security forces in Jammu and Kashmir's Doda district. The Indian Army confirmed the news of Hafaz’s death. The encounter broke out between defence forces and terrorists after forces launched a cordon and search operation in the area. Jammu & Kashmir: 19 Civilians Killed by Terrorists Since Article 370 Repeal on August 5, Says MHA.

Indian Army: District Commander of Hizbul Mujahideen, Harun Hafaz has been gunned down by security forces in an encounter in Doda. #JammuAndKashmir pic.twitter.com/qebm1CEL6Y

On Saturday also, three terrorists affiliated to Hizbul Mujahideen were arrested by defence forces at Anantnag in south Kashmir. A large cache of arms and ammunition was recovered from them. Jammu and Kashmir police Deputy Superintendent Devinder Singh, who was travelling with terrorists in the same vehicle, was also arrested.