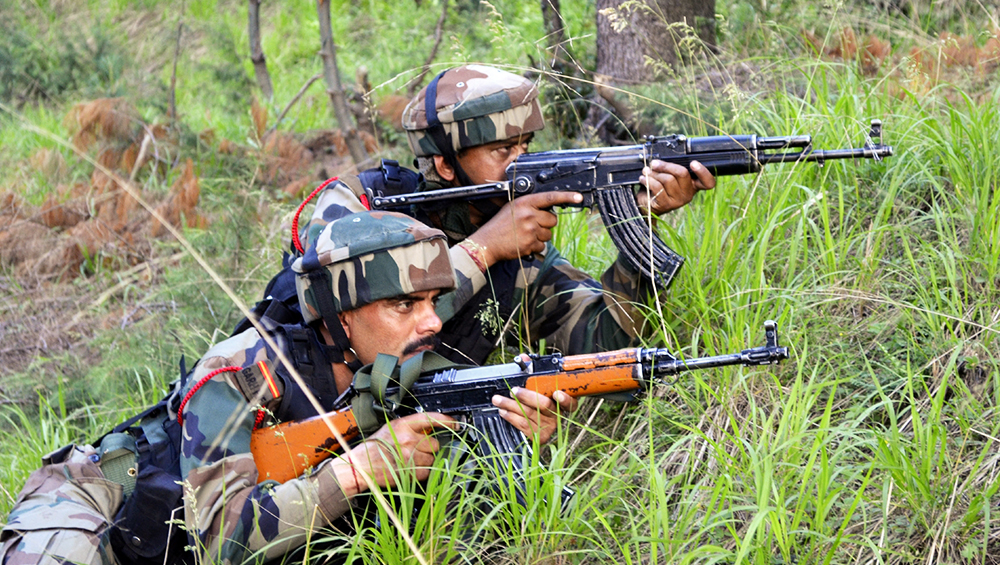 The encounter broke out between defence forces and terrorists after forces launched a cordon and search operation in Gulshanpora area of Tral. The operation was launched after intel information about the militant movement.  Jammu & Kashmir: 19 Civilians Killed by Terrorists Since Article 370 Repeal on August 5, Says MHA.

On Saturday, three terrorists affiliated to Hizbul Mujahideen, Pakistan-based terror group, were arrested by defence forces at Anantnag in south Kashmir. A large cache of arms and ammunition was recovered from them. DSP Devinder Singh was also detained as he was travelling with terrorists in the same vehicle when the arrests were made.

On Friday, two civilian porters and three others were wounded when the Pakistani Army fired mortar bombs at forward posts along the Line of Control in Poonch district. The grenade attack was also reported on Wednesday at Srinagar's Habab Chowk, where a group of CRPF (Central Reserve Police Force) jawans were stationed.